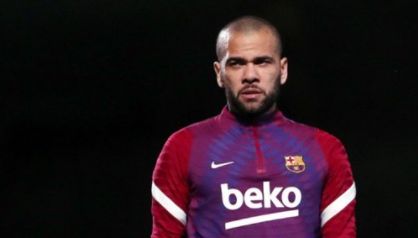 Dani Alves has already decided on his new squad number after rejoining Barcelona.

Alves has returned to Camp Nou five years after leaving on the back of an eight-year stint.

The Brazilian is now 38 years of age, but Xavi Hernandez has moved to bring back his former teammate in a bid to add experience and leadership to his dressing room.

The deal was made official on Monday when Alves passed his medical, and he will be officially presented on Wednesday.

Though, the full-back won’t actually play for Barca until January, unable to be registered until the next window.

That hasn’t stopped a squad number from being handed out, though, and as reported by Sport, Alves will wear the number eight upon his return.

The number was freed up by Miralem Pjanic, who is spending this season on loan with Besiktas.

Alves wore the numbers 20, 2, 22 and six during his first spell at Barca, but he will take up a new digit in his newest chapter with the club.