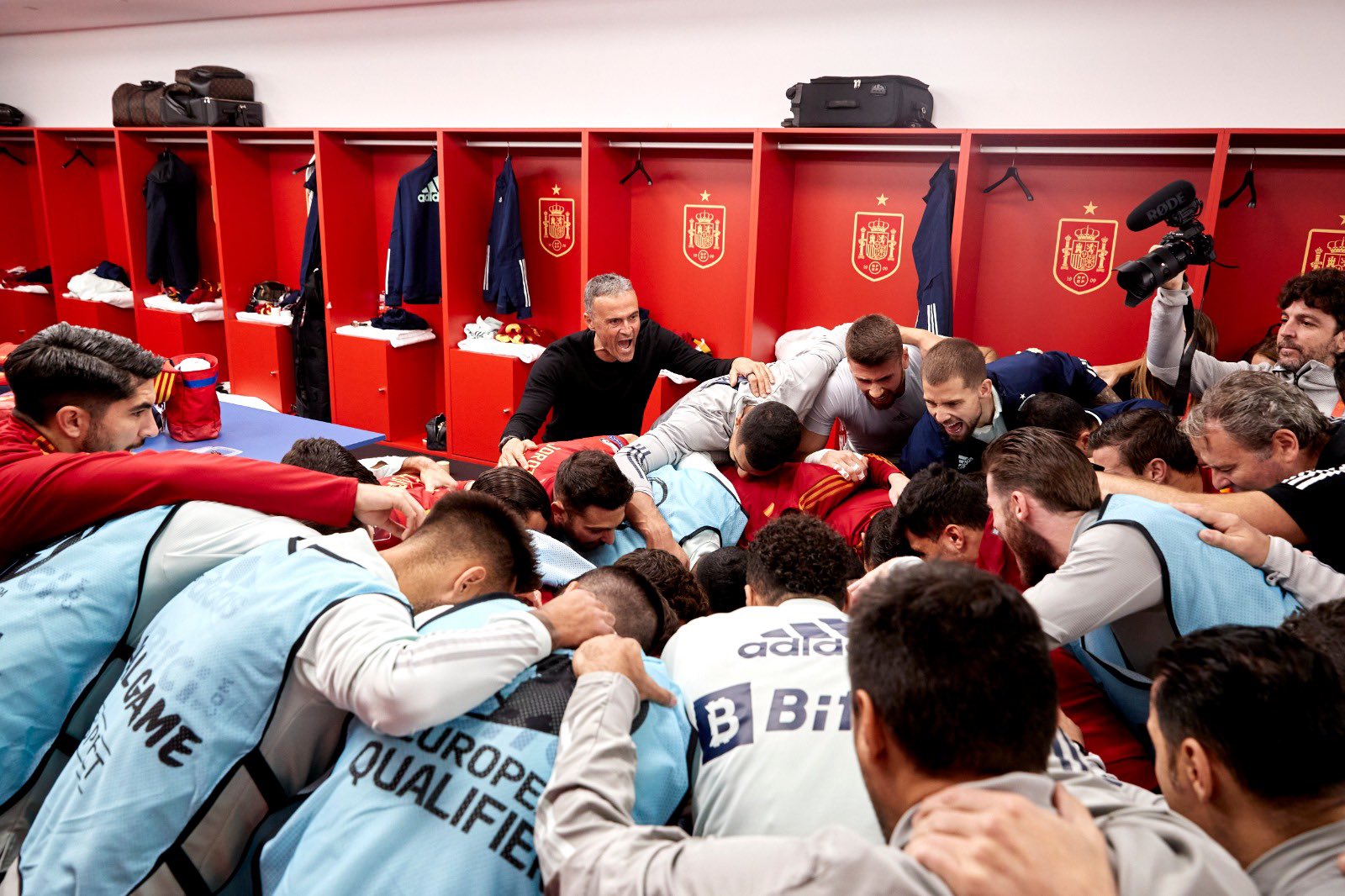 Late on Sunday night, La Roja’s squad and staff danced around the turf of La Cartuja, joining in chants and celebrations with supporters in the stands in a display of unity which meant so much more than the three points in World Cup qualifying.

Only five months ago, at the same venue, Spain were being whistled, booed and jeered by their own fans. La Cartuja was full given the limits on capacity, but fans weren’t on their side. Division among Spain fans is nothing new.

Beyond the political factions of independence movements and opposition to the Spanish state, the conflict caused by the tension between Real Madrid and Barcelona in 2011 has still left its mark even 10 years later. Many of the protagonists have moved on, and success has been achieved since, but Madrid and Barcelona fans still find it an onerous task to cheer on the same eleven men on a football field.

Luis Enrique, long a controversial figure in Spanish football given his cross of the Clasico divide, had made some big calls that didn’t go down well not only with some fans, but with certain areas of the Spanish press, where he already had few friends.

“I don’t read what you write because I know more than the majority of you,” was his typically blunt response when asked if criticism in the daily papers ever got to him. “That Luis Enrique knows about football is clear, that he knows how to be the national team coach not so much,” was how Fernando Carnerero reacted in Marca only days later.

It was an episode which provided the perfect summary of the division that has long swept the Spain camp. Luis Enrique’s decision to leave out Sergio Ramos from the squad for Euro 2020 has been proved right, but didn’t go down well in the capital. The decision not to select a single Madrid player from June until November, when Dani Carvajal returned, fuelled those flames.

It was no surprise that a slow start at Euro 2020 came back to bite the team. A draw at home to Greece in March, followed by a turgid 0-0 draw against Portugal in the build-up to Euro 2020 had fired warning shots, but consecutive draws against Sweden and Poland in the group stages got fans on the backs of the team.

“The criticism isn’t pleasant, especially for my wife and kids, who are those who really suffer,” Alvaro Morata said after being jeered by his own fans.

But as Spain left Seville, results picked up. Spain’s travelling contingent was small, but united behind their team. And it’s a feeling that has continued to grow ever since, with Luis Enrique acting as the father figure of a young Spain squad without high-profile heroes and superstars.

On Sunday, Football Espana editor Alan Feehely compared them to the most unusual of Spanish football terms, a “pineapple” of a team. An unusual mismatch that comes together to form the perfect combination. It was a sensation which has struck a chord with fans.

Sunday’s victory over Sweden was the first time that Spain have played in front of a full capacity crowd on home turf since the win over Slovakia in the last of their Euro 2020 group stage games. A sell-out, fans were queuing up outside the team hotel to cheer the players on before they head to La Cartuja, and inside there was a party atmosphere.

51,844 fans were present at the stadium, yet The Athletic reporter Dermot Corrigan reflected that there was “not really a feeling among fans that Spain still need a result tonight” as Mexican waves swarmed around La Cartuja.

Fans were taking part in a celebration, confident of victory and ready to get the party started even before the final whistle had blown. If there was anywhere in Spain to search for such an atmosphere, Seville is the place to be. Their passion and love of football was displayed in the most joyous, and optimistic, of backings.

In June, Luis Enrique’s named was whistled as it was read out over the loud speakers of La Cartuja. In November, his name was chanted by the sell-out crowd as the team did a lap of honour having secured World Cup qualification.

Victory over Sweden to secure a spot in Qatar was crucial, but in uniting a divided fanbase behind them, Spain could just have achieved something which will stand them in much firmer stead for success in the years to come.