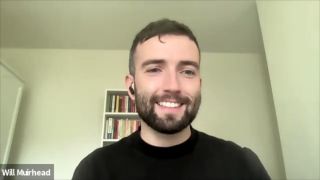 Sergio Ramos left Real Madrid for Paris Saint-Germain on a free transfer this past summer. The Andalusian centre-back was keen to prove he can still cut it amongst the elite of the elite, and believed he deserved more than the single year extension he was being offered at the Santiago Bernabeu.

Fast forward to mid-November, however, and the 35-year-old still hasn’t made his competitive debut for the Parisian club. He’s barely even trained with the group due to injury, frustrating many connected to the Parc des Princes and raising rumours that his contract could even be rescinded.

In this clip from @azulfeehely's exclusive interview with @FabrizioRomano, Sergio Ramos is discussed. The Andalusian is yet to make his debut for Paris Saint-Germain since joining in the summer. Will he make it in Paris? Could his contract be rescinded? Fabrizio opines. pic.twitter.com/dxRVOLNk09

Fabrizio Romano was asked during his exclusive interview with Football Espana about the Spaniard’s situation. He said that, while things haven’t worked out how either party intended, there’s still time for him to play an important role this season – especially when things begin to be decided after Christmas and the knockout stage of the Champions League begins.