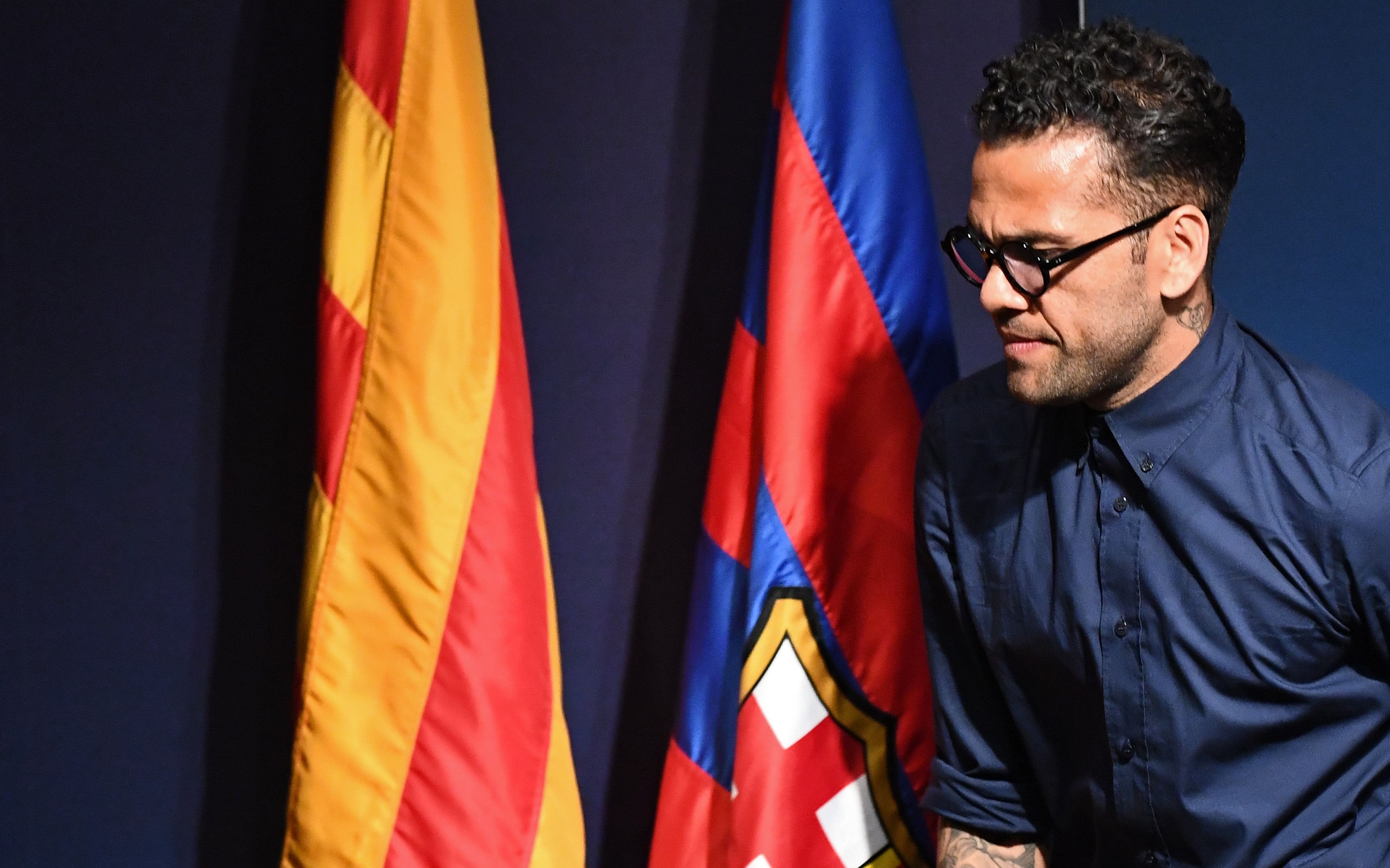 Dani Alves has become the lowest paid player at Barcelona following his return.

The Brazilian veteran completed his fairytale return to Barca today five years after leaving the club.

A contract was agreed in principle on Friday, but it wasn’t until today that Alves completed his medical, and he will join training for the first time at 6pm this evening.

Alves spent eight years with Barcelona the first time around, winning all there is to win at Camp Nou.

He now returns to work under former teammate Xavi Hernandez, and he does so on the cheap.

According to Sport, Alves has become the lowest paid player in the first-team squad.

Given Barca’s current financial situation, they are not in a position to make significant new signings, and despite the good relationship they have with Alves, they can’t commit to paying a 38-year-old a large wage.

Though, the defender is perfectly okay with that, and he will have the chance to increase his salary.

According to the report, there are incentives based on certain clauses, including winning titles, though that might be difficult given Barca’s troubles so far this term.

For Alves, this is the fairytale end to his career, returning to the club where he won so much, so the money was never going to be a significant factor in this deal.