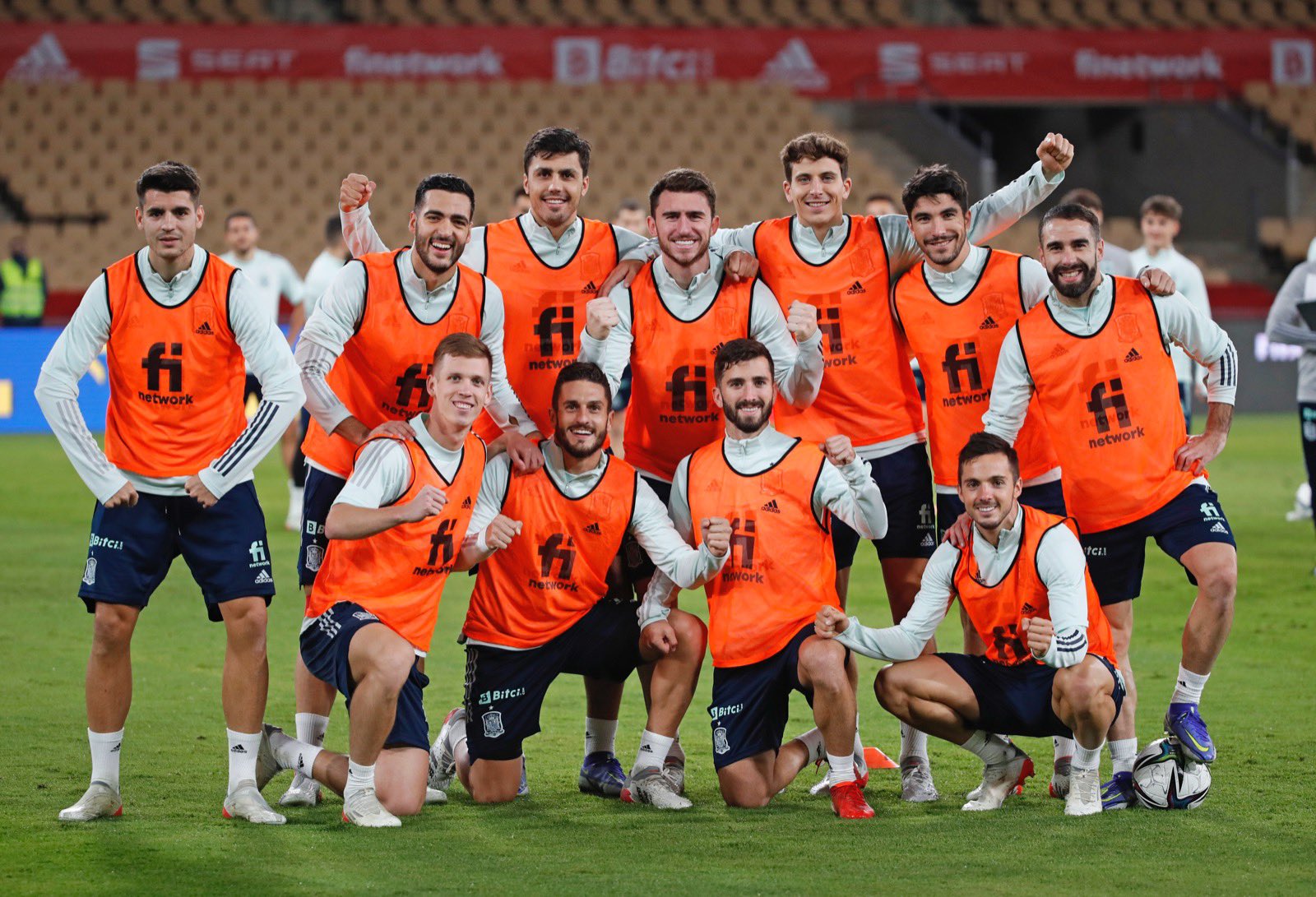 In Spanish football parlance, a pineapple is a team that’s a team. It’s not just a collection of individuals, but a cogent and cohesive collective that, together, are more than the sum of their parts. Luis Enrique’s La Roja are that. They don’t have the superstars of previous Spanish national teams, but they’re a true collective.

Spain take on Sweden in Seville this evening, that oh-so-seductive of Spanish cities. The game will take place at La Cartuja, just like the meeting between these two sides back at Euro 2020 that ended in a scoreless draw. This time, however, there’s no Coronavirus-enforced limit on attendance. Luis Enrique has asked the Spanish public to deliver a hot atmosphere.

Because Spain need to win. Well, to be specific, they need to avoid defeat. As Sweden lost 2-0 to Georgia on Thursday night before Spain beat Greece 1-0 in Athens, Spain only need to draw against Sweden to secure their place at the 2022 World Cup. But Luis Enrique and his players have all spoken in unison of the need to forget about that and go out to win the game, in front of their own people. They want to convince.

And there is some people they still need to convince. Many prominent voices in the Spanish media are dismissive of Luis Enrique and his team, claiming that they shouldn’t be praised for making it to the semi-final of Euro 2020, where they lost to eventual winners Italy, or the final of the Nations League, where they lost to world champions France.

These voices still judge Spain by the supersonic standard set by that great team that swept all before them between 2008 and 2012. But that isn’t fair. It’s true that Spain don’t have players of that caliber any more, but they do have talented young men from clubs all over Spain and, indeed, Europe. Hardworking players who buy into Luis Enrique’s vision for the national team and have proven themselves to deliver under pressure.

You could make the argument that not a single player in Luis Enrique’s squad is guaranteed a starting place. The Asturian mentioned before the Greece game that he has 60 top-level players to choose from when picking squads, and he means it.

There’s a nice mix of experience and youthful arrogance to his team. Aymeric Laporte is a bull at centre-back, a serial title winner in England, while Gavi is just a little boy, but a fearless one who’ll go toe-to-toe with his idol, Marco Verratti, without thinking twice. Spain are unfortunately without the injured Pedri and Ansu Fati, two teenagers who could yet mark this generation.

But they’ll battle on. If they can deliver a performance that will thrill their home audience and illuminate the Andalusian night against Sweden, it could be vital for their self-perception and fire an optimistic lead-in to Qatar 2022. If they stumble across the finish line and deliver an insipid scoreless draw, they may have to endure further questioning of their credentials to represent this complex, football-mad country. Whatever happens, Luis Enrique will back them and they’ll back each other. La Roja is a pineapple.