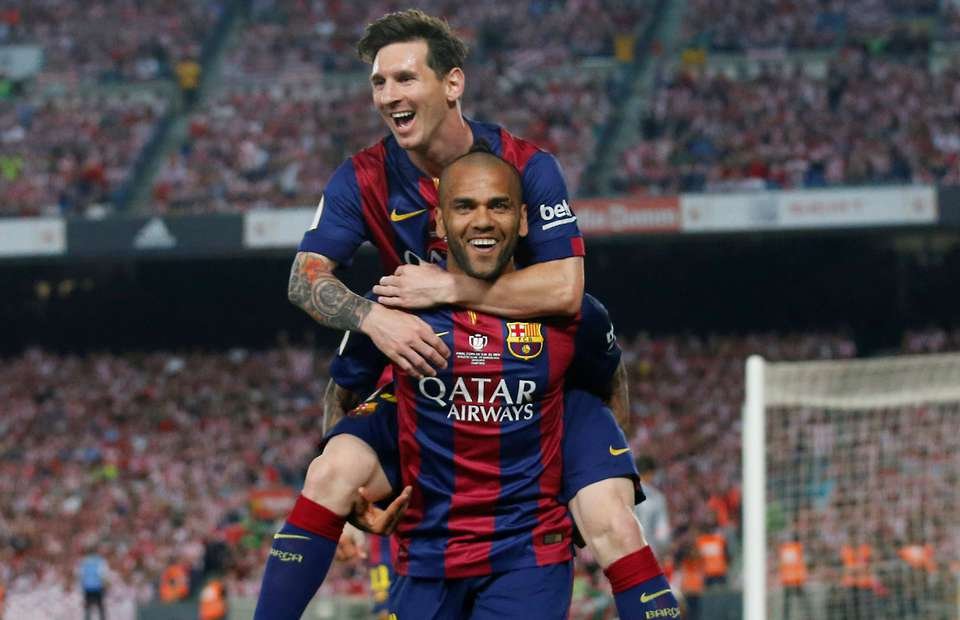 Dani Alves is coming to Barcelona to compete, not as a symbolic gesture

Dani Alves is back at Barcelona. The Brazilian right-back returns to Camp Nou after the best part of three months out of the game following his parting of ways with Sao Paulo back in September.

Alves is considered by many to be the best right-back of all-time and has made FIFA’s FIFPro World XI on eight occasions. He played 391 games for Barcelona during his eight-year first spell at the club, providing a remarkable 101 assists.

He won six La Liga titles and three Champions League titles during his time at Camp Nou, becoming a key fixture of that great Pep Guardiola team and forming an indelible relationship with Lionel Messi down the right flank.

Now the ripe old age of 38, Alves brings a wealth of competitive experience to Xavi’s young team as well as a winning mentality. Don’t let the funny outfits and the easy smile fool you – Alves is as relentless a man on the training pitch as they come.

He doesn’t come from privilege. Alves was born in Juazeiro in the state of Bahia, the heartland of the impoverished north-east. It’s the most African part of Brazil, the region where the Portuguese slave ships first landed following their voyage across the Atlantic.

Bahia is a special place, a unique place. Despite the obstacles faced by many of its people, there remains a vibrancy to life, an immediacy that in many ways is typically Brazilian.

“The city of Bahia,” wrote famed writer Jorge Amado. “Black and religious, is almost as mysterious as the green sea.” Amado’s Bahia has been labelled “the land of flavours and smells, of dance, of sweat; of love smelling of sex, cloves and cinnamon.” It’s a special place that’s produced a special player.

Because Alves is indeed a special player. He’s won titles wherever he’s been – with Bahia, with Sevilla, with Barcelona, with Juventus, with Paris Saint-Germain, with Sao Paulo and – of course – with the selecao, the Brazilian national team.

Alves was the heart and soul of the Brazilian side that won a gold medal at the Tokyo Olympic Games this past summer. It was the third title he won with his country, after the Copa America triumphs in 2007 and 2019.

That’s an astounding achievement, but the one title that’s proved elusive in Alves’ career is the World Cup and Qatar 2022 is in his sights. That’s why he’s returned to Barcelona, and still does the things one needs to do to compete at the sharp end of elite European competition at closer to 40 than 30, never mind 20.

Making Tite’s squad for the plane to Qatar is his north star. That’s why, while he brings a wealth of experience to Xavi’s green dressing room at Camp Nou, he can also contribute on the pitch.

Alves wants to help Xavi return Barcelona to its former glory, and restore the core values that he so fantastically exhibited during his time at the club. He’s been given a late reprieve, one last shot to show he can still perform amongst the elite of the elite. Whether he’ll be able to at his age is unknown. But this is his last dance, and he wants to go out in a blaze of glory.