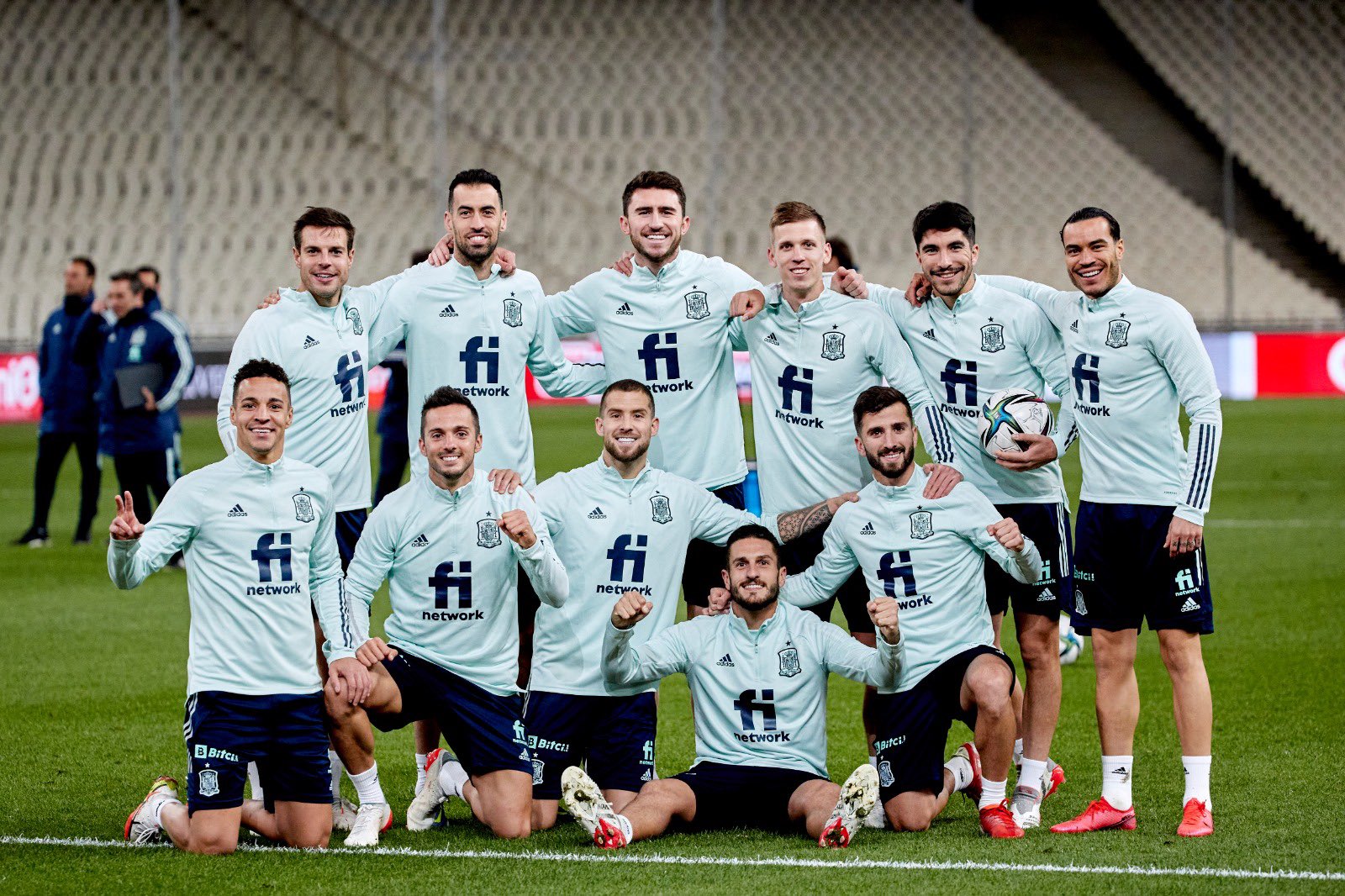 La Roja kick-off a pivotal few days tonight when they travel to Athens to face Greece in a must-win World Cup qualifier. Luis Enrique’s side are second in Group B heading into the game, two points behind pace-setters Sweden.

Spain then face Sweden on Sunday evening at La Cartuja in Seville, while Sweden are playing Georgia tonight. Luis Enrique was keen to underline in his post-match press conference yesterday afternoon that his men are focusing on themselves and themselves only. If they win both games, no matter what happens, their place in Qatar is safe and secure.

Luis Enrique is expected to set his team up in a 4-3-3 shape to combat Greece’s customary 3-5-2. Unai Simon is thought to be in line to start in goal behind a back four of Dani Carvajal, Aymeric Laporte, Pau Torres and Jordi Alba.

Sergio Busquets is expected to start as the sole pivot, flanked by Gavi and Carlos Soler. Alvaro Morata, a favourite of Luis Enrique’s, will lead the line flanked by Dani Olmo and Pablo Sarabia.

Unable to call upon the likes of Ansu Fati, Pedri, Ferran Torres and Mikel Oyarzabal through injury, Spain should still have enough to secure an away win and set up a mouthwatering clash with Sweden on Sunday.

But Greece are tricky. Spain beat them in the reverse fixture 2-1 thanks only to a last-minute winner. Scoring goals has been the issue for Luis Enrique’s Spain, although it’s true they performed with a new-found fluidity and potency in the Final Four of the Nations League last month. Nevertheless, the pressure’s on.