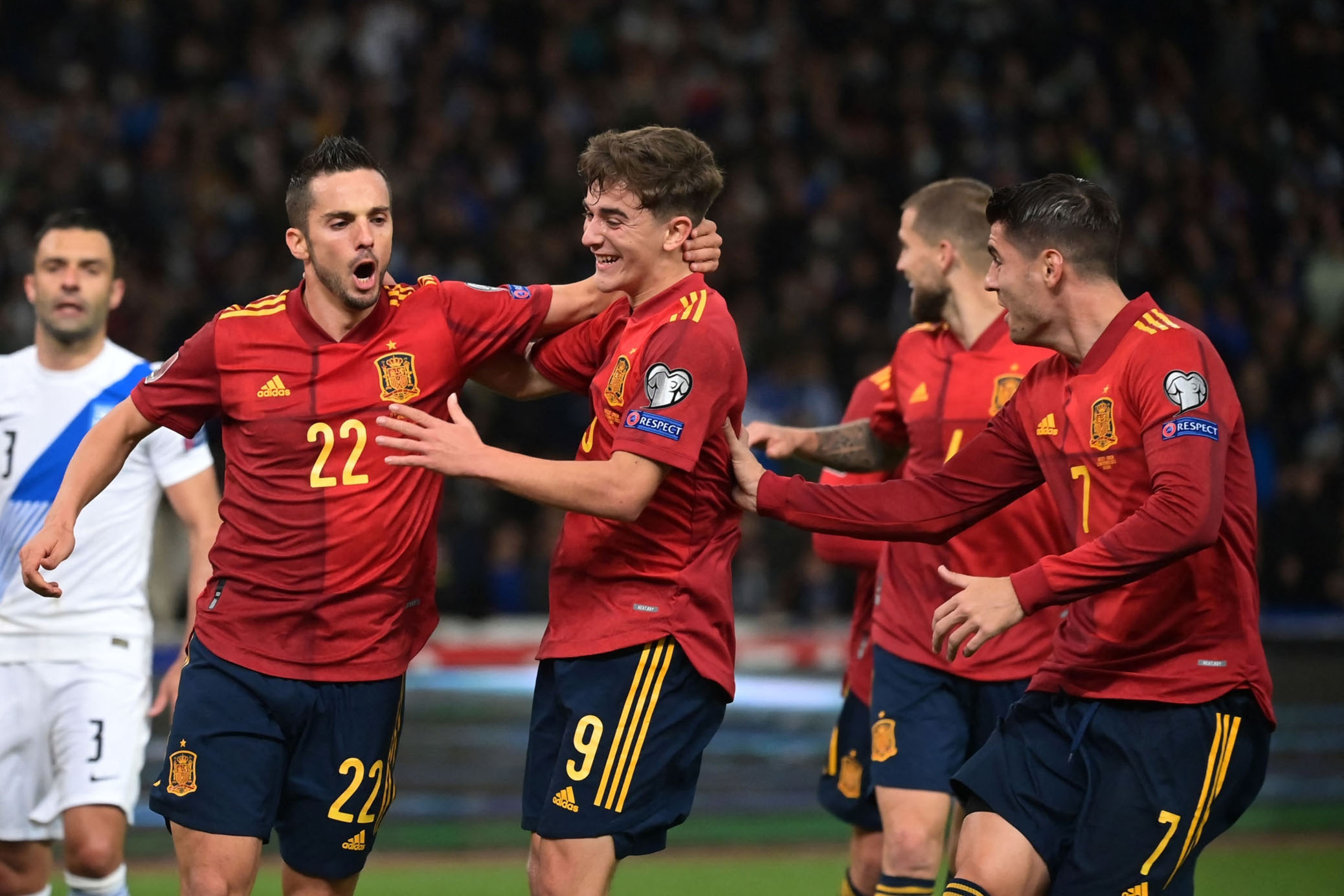 Excluding shootouts, Pablo Sarabia has converted the first penalty for #Spain 🇪🇸 since September 2020 and missing the previous five (2 by S. Ramos vs Switzerland, A. Ruiz vs Lithuania, Gerard vs Poland and Morata vs Slovakia), ending their worst run in the 21st century. Success. pic.twitter.com/GKBI0wXicp