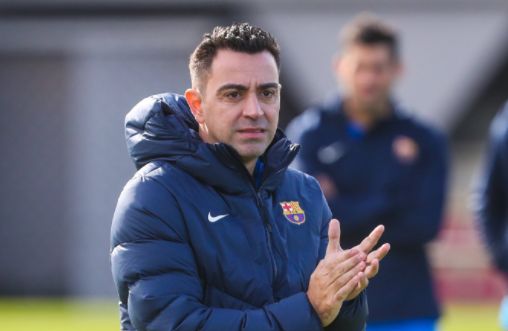 Xavi Hernandez is said to have criticised Barcelona over their collapse against Celta Vigo.

Barca hardly impressed their new boss during their final game under interim boss Sergi Barjuan over the weekend.

The Blaugrana looked unstoppable in the first half, goals from Ansu Fati, Sergio Busquets and Memphis Depay putting them three goals ahead.

But when all was said and done at Balaidos, Barca had to settle for a point after conceding three times in the second half.

It was a shocking collapse on the part of Barca, and looking from the outside having not been officially appointed until Monday, Xavi was not impressed.

The new Barca boss is said to have made that clear, too.

According to Sport, he told the Barca players on Tuesday: “You have to give a lot more.

Of course, there is only so much Xavi can say given he wasn’t actually in charge for the game, and he doesn’t have a large number of internationals present to make a statement to the whole team.

But it’s clear the new head coach at Camp Nou has high standards that he is going to stick by as he looks to turn the tide.