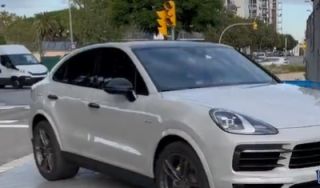 Barcelona’s newest era looks as though it will start with some new rules.

Xavi Hernandez was unveiled as Barca‘s new head coach on Monday, and he promised to bring discipline back to Camp Nou.

There are some factors Xavi cannot control at Barca, such as the current financial crisis, nor can he wave a magic wand and get their injured stars back to full fitness.

But he can bring a new attitude to Camp Nou, something he intends to do with some new rules.

He said during his unveiling: “I think at first, it’s important that we put rules in place and be more demanding with ourselves.

“After that, we can talk about values, about respect and attitude, because if we don’t have values, we don’t have a team. Then we can look at the model, how we play, how we attack, how we defend.

“At the end of the day, the idea is the same as [Johan] Cruyff’s. My first defender is the striker, and my first attacker is the goalkeeper. We have to work tactically, press high and dominate the ball.

“It’s not about being tough but having rules. I will try to help the players, personally and professionally. I know how taxing it is psychologically to play for this club.”

And it seems some of those rules may already be in practice.

Xavi takes his first training session at Barca this morning, at 11am Spanish time, though he does only have five first-team players to work with due to injury issues and internationals.

Still, Barca stars have been told to arrive two hours early, as you can see on the video below, captured by COPE.

Of course, this could be a special order to give Xavi the chance to meet his players properly before the first session.

But regardless, Barca fans can expect tougher discipline to be brought in under the guise of their midfield legend.