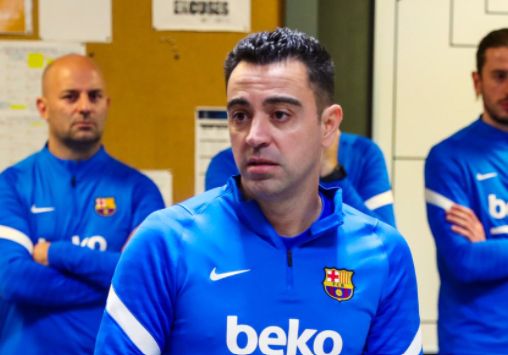 New Barcelona boss Xavi Hernandez is said to have already implemented a number of new rules.

Xavi was officially presented as Barca‘s newest boss on Monday following a week of negotiations with his now former club Al-Sadd.

The legendary former Blaugrana midfielder returns to the club after six years away, playing for Al-Sadd for four years before becoming their head coach and spending two years in charge of the Qatari side.

Xavi has already promised to bring more discipline to the Barca dressing room, telling the media and fans on Monday that ‘rules’ will be brought in.

And Diario AS are reporting what those rules are following Xavi’s first day of training.

The former midfielder took his first training session today, kicking off at 11am, and ahead of the session, he laid down the law with his players.

Very few were actually present for the session, with just five first-team stars present due to injuries and internationals, though many more were present for the briefing, including the likes of Gerard Pique, Ansu Fati and Pedri.

According to Diario AS, these are the rules Xavi has already put in place: