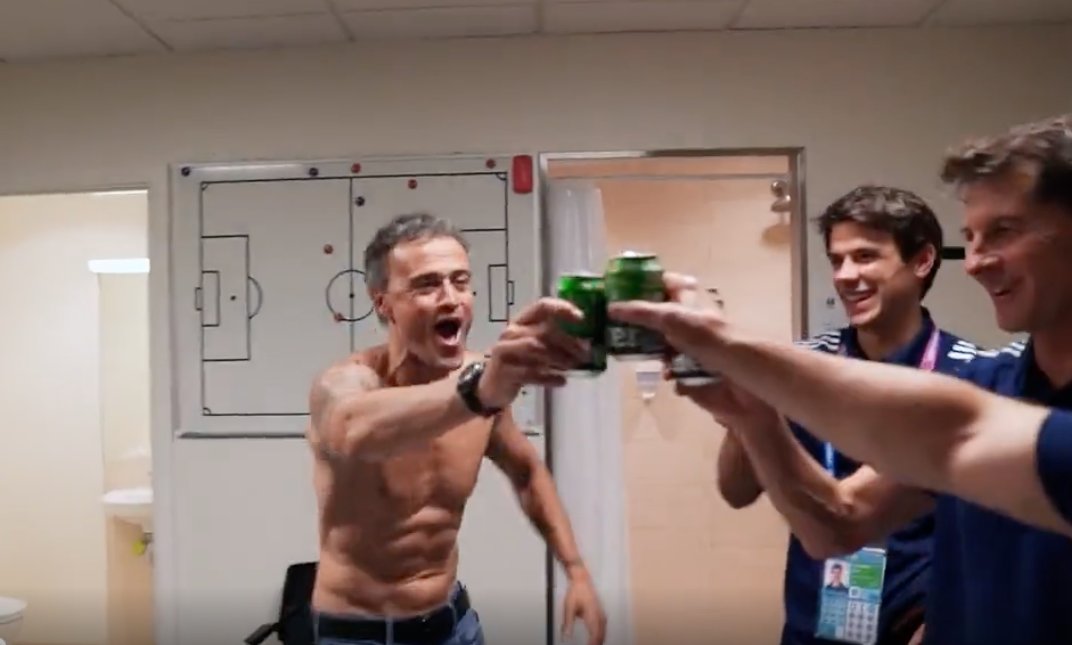 The final international break of the year is upon us and La Roja have two integral fixtures on the horizon. They face Greece on Thursday night before taking on Sweden on Sunday in the knowledge that should they win both games, their place at the 2022 World Cup in Qatar is safe and secured.

Should they fail to win both games, however, things could get complicated given how competitive the play-off system is. Sweden are, as things stand, in pole position. A competent and well-balanced side, they’re two points clear of Spain in first.

But there’s a good vibe around the Spanish national team right now. They played daring football in the Nations League final four, beating Italy in the semi-final only to lose to France in the final. They’ll be hoping for two convincing performances this week.

Lucho is defo a mood pic.twitter.com/DscWcjqd3o

Capitalising on the interest around La Roja, the Spanish Football Federation have released a teaser trailer of an Amazon Prime documentary following the Spanish national team at Euro 2020 this past summer, to much interest. Many are especially intrigued by a scene featuring Luis Enrique chugging a beer shirtless.