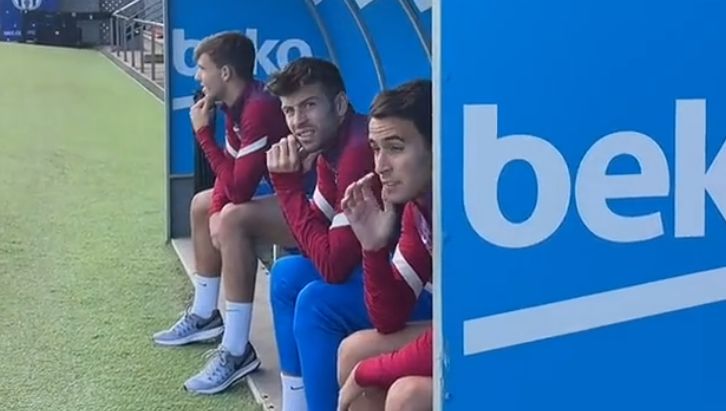 Even some of Barcelona’s injured players have turned out to watch Xavi Hernandez’s first training session.

Xavi has taken his first training session as head coach of Barca today and he has very few players to work with.

Many of Barca’s first-team players are away on international duty for this week and half of next, while many more are currently out injured.

Still, the show goes on and Xavi has had the chance to lay down some ground rules to the full squad – even those who are currently injured – as he looks to get his feet under the table.

And interestingly, three of Barca’s injured players were present to watch the first training session despite not being involved.

As you can see in the video from COPE below, Gerard Pique, Eric Garcia and Nico Gonzalez, who are all sidelined currently, sat beside the pitch to watch the action.