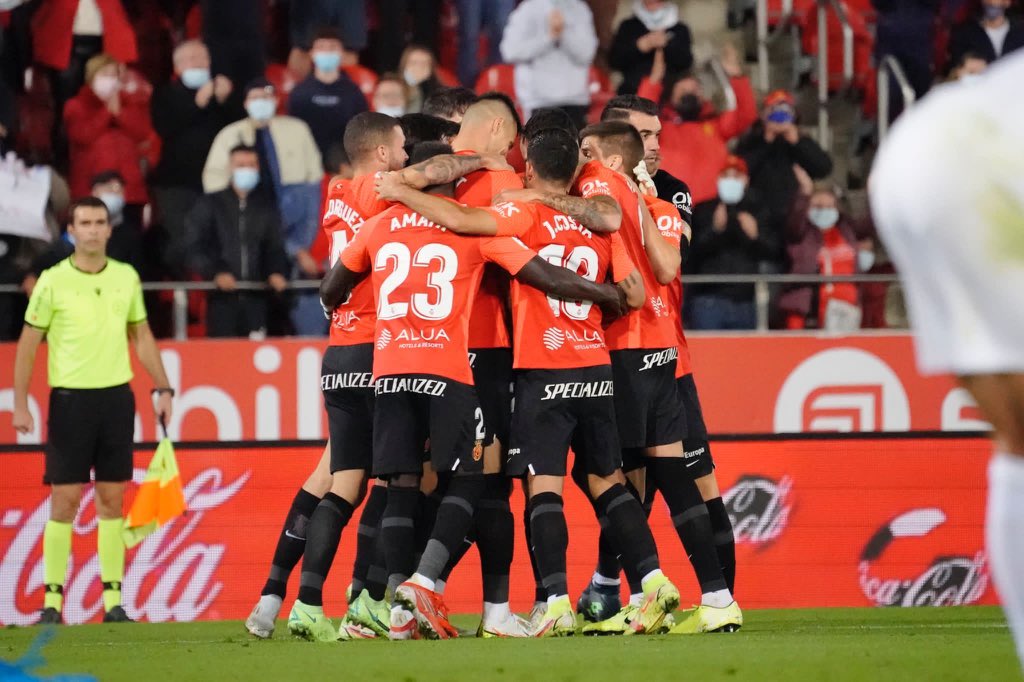 Sitting 13th in La Liga after 13 games, most Mallorca fans would be happy with their first third of the season. But the truth is that it could have been so, so much more.

Between only matchday nine and matchday 12, Mallorca would have picked up an additional five points from four games had the whistle blown on 90 minutes exactly.

Those five points would have put them 7th, ahead of Osasuna, and only outside the European places on goal difference.

Against Elche, the tables turned. It was another injury time goal, but this time, for the first time this season, it was Mallorca who scored it.

In what could prove to be a six-pointer come the end of the season, men in red, and even goalkeeper Manolo Reina dressed in black, flooded the penalty area for a corner with only 40 seconds left on the clock.

The man who rose highest was Pablo Maffeo. His header hit the back of the net, and as Son Moix erupted and the team embraced, it was clear that this team had finally shaken a curse that had plagued them of late.

Mallorca have, by and large, been impressive this season. Only beaten once at home, by Osasuna with an injury time goal, their defeats on the road have come to the top two, Real Sociedad and Real Madrid, and Athletic Bilbao at San Mames.

They’ve taken points off of Sevilla, Valencia, Villarreal and Real Betis, among others. Mallorca have shown that they are no fools, but their late drama has punished them.

On one hand, it could be a question of fitness. This has been an ongoing issue, as evidenced by the 87th minute equaliser from 10-man Ponferradina which robbed them of the Segunda title on the final day of last season. Keeping going with a small squad with an average age of 27.2 years is no easy feat.

On the other, football’s purists will argue that these late goals have been the consequence of having five substitutes.

Mallorca have only 13 players who have played in more than half of their La Liga fixtures this season, compared to 17 from Real Sociedad, for example, as one of those who secured a late winner against the islanders.

That has an obvious knock-on effect. Bringing on David Silva, Alexander Sorloth, or Ander Barrenetxea as an impact substitute is a very different proposition to Matthew Hoppe, Antonio Sanchez or Aleix Febas.

With Mallorca in the top flight for only the second time since 2013, the finances available to add such strength in depth will only come with time (and CVC agreements).

Mallorca can become a solid La Liga team this season. While their display against Elche was far from their best this season, arguably among their worst in fact, to secure a late equaliser shows that they do have the mettle and fight to compete.

Seeing out games and results could well be the difference between stabilising in Primera or a rapid return to Segunda.