Atletico Madrid star Joao Felix has called on his teammates to react following their 2-0 Champions League defeat at Liverpool.

Diego Simeone’s team have lost both group games against the Reds as Los Rojiblancos remain stuck on four points from four matches in Group B.

Jurgen Klopp’s side have now secured their place in the last 16 with Atletico set to fight it out with Porto for second place in the group.

Felix and co are also off the pace in their La Liga title defence in 2021/22, with a three-point gap behind league leaders Real Sociedad, albeit with a game in hand. 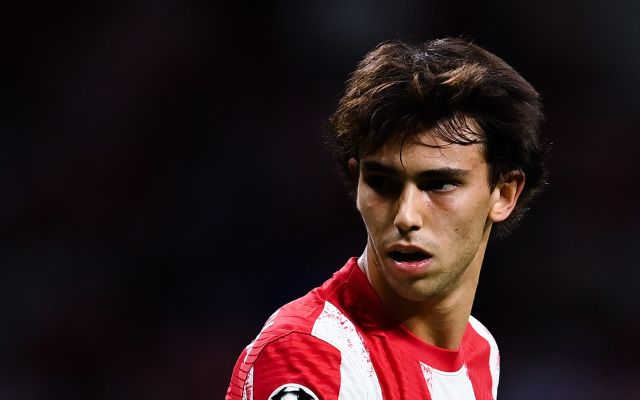 With a crucial trip to Valencia on the horizon before the international break, Felix wants to secure a winning sign off at the Estadio Mestalla.

“Despite the defeat in Liverpool, we are confident we will to make a great effort in the league and we are going to fight to be in the last 16 of the Champions League”, as per reports from Diario AS.

“We know our courage within the squad, and against Valencia, we want to overcome the situation we are in.

“It’s a difficult game, at the Mestalla it’s always difficult, but we have to do our job, play our game, and if we do that, we can come out with the three points.”

Felix has been named in Fernando Santos’ Portugal squad for their final two 2022 World Cup qualifiers this month up against the Republic of Ireland and Serbia.

Atletico face an intense run of games after the international break, with Champions League clashes with AC Milan and Porto, alongside the Madrid derby against Real Madrid on December 12.