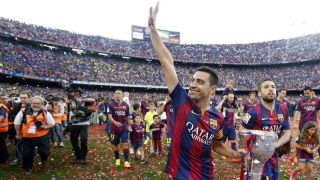 Xavi is the chosen one.

Barcelona have identified him as the man they believe should lead the club into the post-Lionel Messi era, and reports in the Catalan press suggest the appointment is imminent.

The 41-year-old has been in charge of Qatari side Al-Sadd since 2019, leading them to seven trophies since taking over as coach.

He’ll be well aware that he’s going to be under a little more scrutiny at Camp Nou than he’s experienced so far.

Because make no mistake, Barcelona are in turmoil. They sit ninth in La Liga at the time of writing, seven points away from the relegation zone and nine from the top of the table.

Xavi will be under pressure from the jump to not only get Barcelona back to winning ways but also to implement a clear philosophy that will restore the club to their roots. If you believe he can achieve this ambition, sportslens.com/betting-sites/ is the best place to place your wager.

The Catalan has already demonstrated a willingness to ensure his teams play football in that way – unlike the man he’ll replace at Camp Nou, Ronald Koeman.

Like Koeman, Xavi is also a club legend. He was the lynchpin of the greatest Barcelona team of all time, winning eight La Liga titles during his spell at Camp Nou as well as a remarkable four Champions League titles.

With La Roja, Xavi was the heartbeat of a team that incredibly managed to taste success at both Euro 2008 and Euro 2012, as well as win the 2010 World Cup in South Africa. 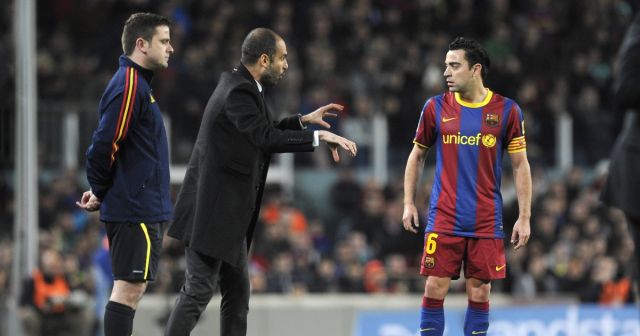 Unlike Koeman, Xavi had the benefit of working under Pep Guardiola when the Catalan coach was at the forefront of a footballing revolution between 2008 and 2012.

He knows exactly how Guardiola built that all-conquering Barcelona team, and carries a natural authority that will enable him to get his message across to his players. One thing the former playmaker isn’t missing is the ability to articulate himself.

“It’s clear to me that my team has to have the ball,” Xavi has previously explained. “I suffer when I don’t have it.

“It happened to me when I was a footballer and now even more that I’m on the bench. That’s why I do everything I can to control the game through the ball, through possession.

“What interests me as a coach? To play as much as possible in the opponents’ half. If they press us high, the most important thing is to break the midfield line, go into the opposition’s half and attack.

“I found a team in Al-Sadd, in which I was playing, where our goal was somehow to go from a medium block to a low block, to get the ball back and then play in transition.

“In the end, having the ball is like an addiction. I experienced it myself as a midfielder.

“Now, I try to impress upon my players that the most important, the most beautiful and the most precious thing in football is to have the ball and to attack and dominate the game with the ball.”

At Barcelona, Xavi will inherit a squad that’s far better than their performance this season suggests. His job will be to elevate them to a team that’s more than the sum of their parts and can play with personality and a distinctive style.

Marc-Andre ter Stegen is a strong goalkeeper, although one who’s undergoing a noticeable dip in form at this moment in time. 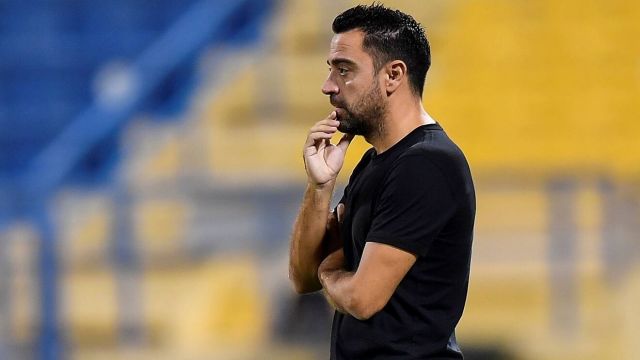 Sergino Dest and Jordi Alba are both dynamic full-backs who can offer much in an organised setup. Eric Garcia and Ronald Araujo are talented young centre-backs with their best football ahead of them, while Gerard Pique brings unmatched experience.

Sergio Busquets can still thrive in a functional system as the sole pivot, while Frenkie de Jong has the makings of one of the best midfielders in Europe if he can arrest his recent stagnation. Gavi and Nico are two of the most exciting teenagers in the game, while Pedri has already demonstrated that he’s world-class.

Ansu Fati is the young man Xavi’s attack will be centred upon. That’s a big responsibility to assume for a player that’s still just 19 years old, although it’s the responsibility one accepts when they willingly inherit Messi’s iconic number ten shirt.

Ousmane Dembele and Memphis Depay can both contribute in the final third and take some of the weight off Fati’s shoulders, although they’ll need to show a consistency – and ability to stay fit in the former’s case – that’s yet to be seen.

But while Barcelona should be doing better than they are, they’re still some distance from being a team that can challenge Bayern Munich, Chelsea, Liverpool and Manchester City for the Champions League. That’s going to be Xavi’s real test.

Step one is injecting positivity into the club and flipping the momentum that’s dragging them to the bottom of the sea.

Step two will be implementing the charismatic, confident style that Barcelona supporters expect their team to deploy.

Step three will be taking Barcelona back to where they belong, navigating tricky financial waters and modernising the aforementioned style to a point where they go into heavyweight clashes in the latter stages of the Champions League without feeling like they’re bringing a knife to a gunfight.

Whether Xavi can achieve this is unknown. His coaching career to date – while impressive – is only two years old and has taken place far from what one would call a footballing hotbed.

Never mind a kitchen – Xavi is going from a fridge to a fire.