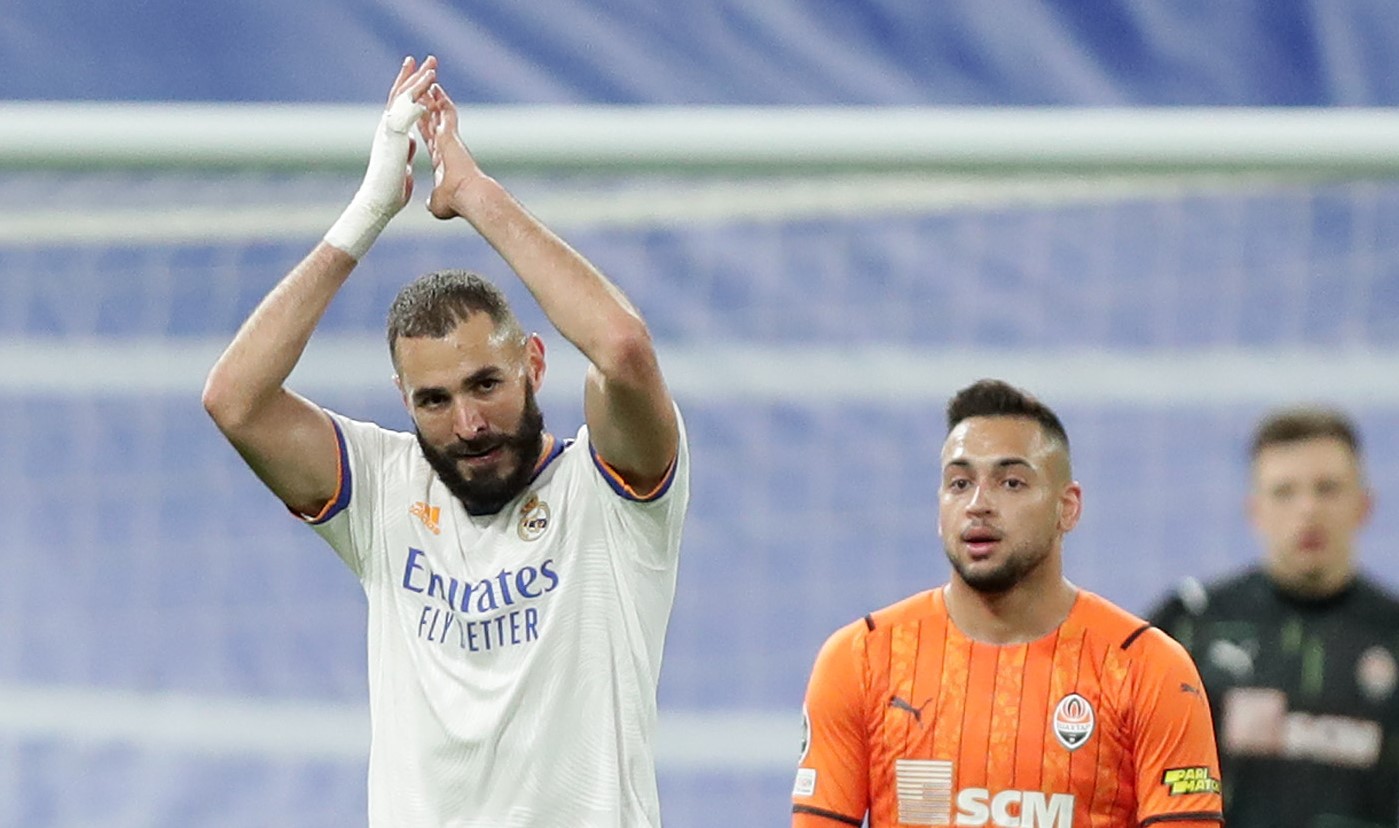 Both capital clubs will be fully expecting to progress to the knockout stages, but Atletico face some uncertainty following a second consecutive defeat.

Atleti lost 2-0 to Liverpool on Wednesday night after goals from Diogo Jota and Sadio Mane, as well as a red card for Felipe.

That followed a 3-2 home defeat to Liverpool, and Los Rojiblancos now go into the final two games in third place.

Atleti can no longer catch Liverpool, but they are only a point behind second-placed Porto with the Portuguese club and AC Milan still to play.

They first take on Milan at home before making the trip to Porto on the final group stage matchday.

For Real Madrid, the process is a little more simple.

Los Blancos are now top following their 2-1 win over Shakhtar Donetsk thanks to Karim Benzema’s double.

Carlo Ancelotti‘s men are two points ahead of Inter Milan in second and three ahead of Sheriff.

Real Madrid face Sheriff away and Inter Milan at home in their two remaining games.

Three points from one of those two games will get the job done, though Los Blancos did lose to Sheriff at home, so it might not be as straightforward as it seems.

Still, Real Madrid will be confident of progressing to the next round and in top spot.