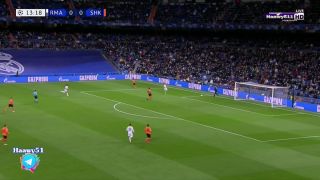 Real Madrid welcomed Shakhtar Donetsk to the Santiago Bernabeu this evening in another Champions League fixture.

Madrid started the fixture playing with the confidence of old, with each man selected to start the game by Ancelotti clearly fancying their ability to put Shakhtar to the sword.