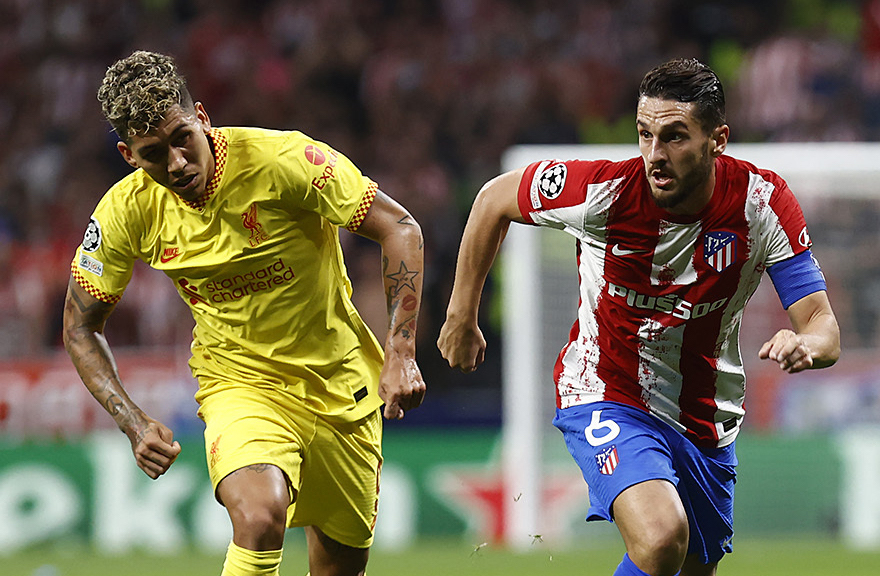 Atletico Madrid travel to Anfield this evening to lock horns with Liverpool in the Champions League. It’s a fixture that’s fast becoming one of the most iconic in European football.

Liverpool will start with a 4-3-3, with Alisson starting in goal behind a back four of Trent Alexander-Arnold, Joel Matip, Virgil van Dijk and Konstantinos Tsimikas.

Fabinho will anchor the midfield, with Jordan Henderson and Alex Oxlade-Chamberlin either side of him. Diogo Jota will lead the line, flanked by Sadio Mane and Mohamed Salah.

Atletico will line up in a 3-4-2-1, with Jan Oblak starting in goal behind a back three of Felipe, Jose Gimenez and Mario Hermoso.

Koke and Rodrigo de Paul will sit as the double pivot, flanked by Kieran Trippier and Yannick Carrasco. Luis Suarez – formerly of Liverpool – will lead the line, with Joao Felix and Angel Correa behind him as dual inside forwards.