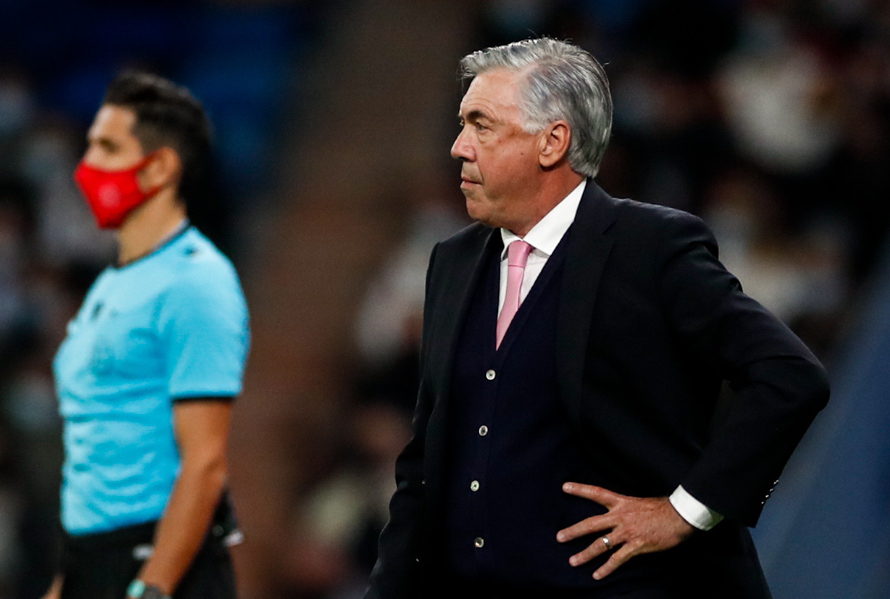 Carlo Ancelotti: “It is good that the fans wake us up with the whistles”

Real Madrid welcomed Shakhtar Donetsk to the Santiago Bernabeu this evening in another Champions League fixture and secured a not-entirely-comfortable 2-1 win.

The Ukrainians continued to impress at the beginning of the second half, but Benzema scored his second to regain Madrid’s lead on the hour. A slick attacking move ended with Vinicius again teeing up the Frenchman to make it 2-1 and win the game.

Speaking after the match in comments carried by Marca, Ancelotti spoke about the criticism his team received from parts of the stadium due to their inability to dominate the game, and also spoke about some of his key performers on the night.

“I understand the whistles because I know the atmosphere,” the Italian coach said. “It’s a stadium that demands a lot.

“We started both halves well and then dropped off, we weren’t very aggressive. This can happen and it is good that the fans wake us up with the whistles.

“It is true that they have stood out more than the other players,” Ancelotti said when asked about the performances of Thibaut Courtois, Vinicius and Benzema.

“It is a team that is trying everything, and there are also players like [David] Alaba and [Eder] Militao who have done well. I agree that Courtois, Vini and Benzema have shone, but Real Madrid are Real Madrid – a team.”