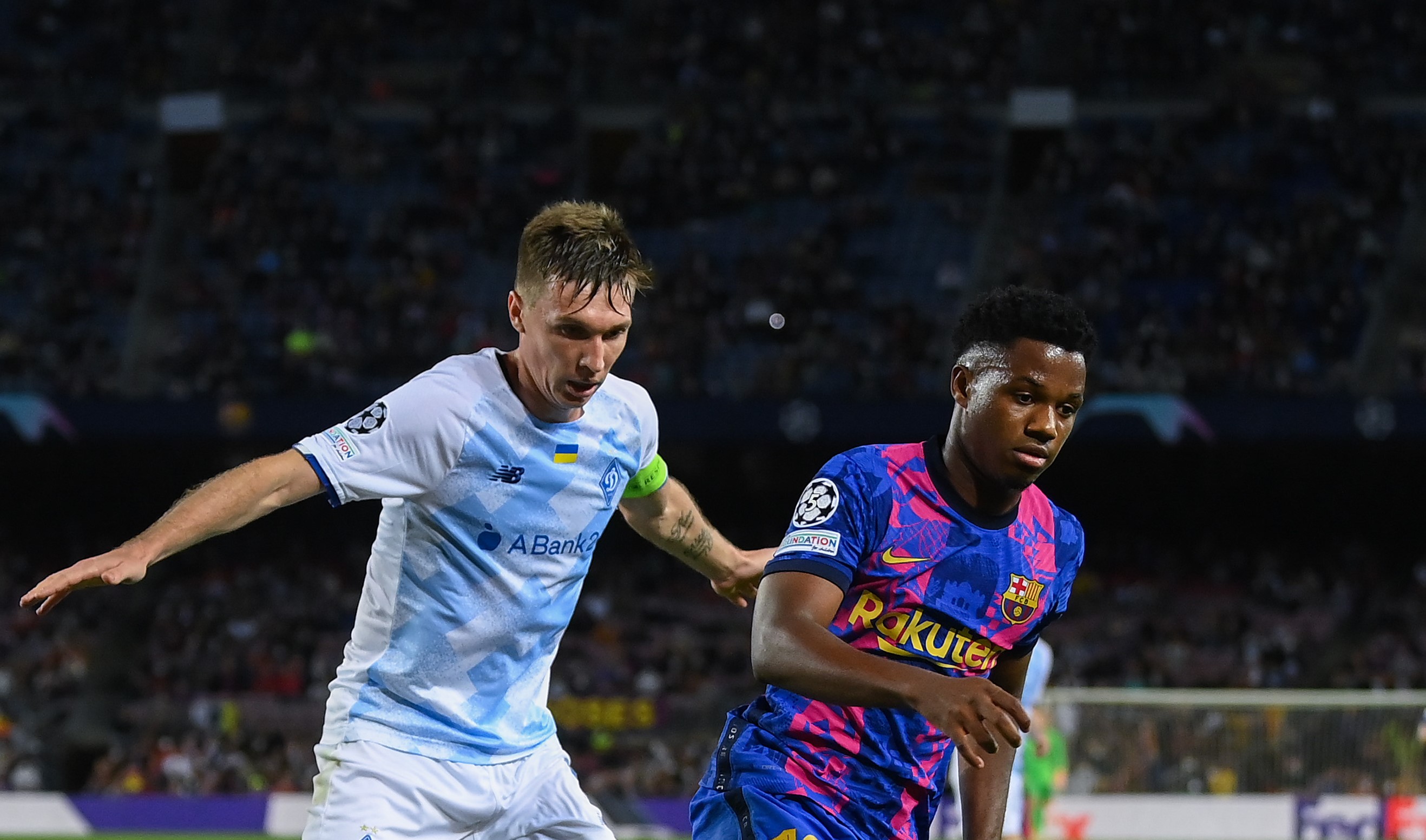 Two of the three Spanish Champions League sides who have already played four games are on course to progress.

Barcelona, Sevilla and Villarreal are all now more than halfway through their respective group stage campaigns.

Atletico Madrid and Real Madrid are not in action until tonight, while the other three all played on Tuesday evening.

Barcelona picked up a much-needed second win over Dynamo Kyiv thanks to an Ansu Fati winner, while Villarreal defeated Young Boys 2-0 thanks to goals from Etienne Capoue and Arnaut Danjuma.

Sevilla, meanwhile, slipped up with a hugely significant 2-1 home defeat to Lille, a result that could leave them in trouble.

Los Nervionenses are now bottom of the group after four games, two points behind Lille in second and four behind Salzburg.

It’s likely they won’t catch Salzburg at this point, even if they beat them, but they will still feel they can catch Lille, or indeed Wolfsburg, who are also two points ahead.

Though, it is important to keep in mind that Sevilla will now be behind Lille on head-to-head following a draw and a defeat, so finishing on the same number of points as the French side won’t be enough.

Julen Lopetegui’s men still have to play Wolfsburg at home and Salzburg away.

Barcelona, meanwhile, managed their worst ever Champions League start with two defeats on the bounce, but two wins since has put them back on track, currently sitting in second place, two points above Benfica.

They are six behind leaders Bayern Munich and will not catch the Germans, but they must keep Benfica away.

Barca still have to play the Portuguese side at home and will likely need to beat them with to avoid needing to pick anything up in their final game, which is away to Bayern Munich.

Finally, Villarreal are on track to progress, currently in second place, and they have their fate very much in their own hands.

As things stand, Unai Emery’s men are level on points with leaders Manchester United, behind on head-to-head, while they are two points and four goals ahead of Atalanta with head-to-head equal.

Villarreal still have to play Man United home and Atalanta away, while Atalanta play Young Boys away before heading to Castellon and Man United head to Estadio de la Ceramica before welcoming Young Boys.