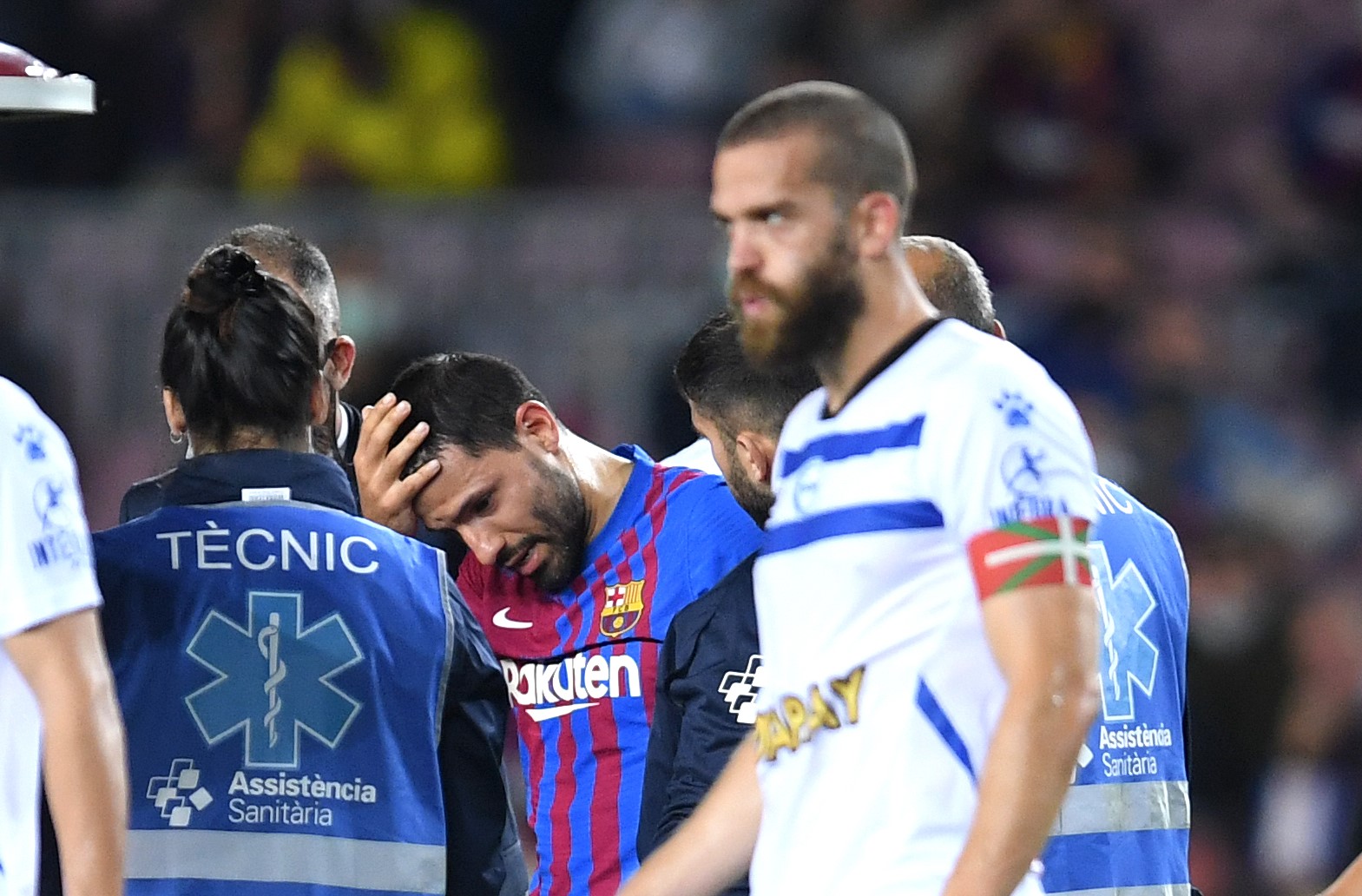 Sergio Aguero has been dealt a bitter blow following a difficult start to life at Barcelona.

The Argentine missed months of action following his arrival on a free transfer from Manchester City in the summer.

But he recently returned, scoring in Barcelona‘s El Clasico defeat and remaining fit since.

Though, over the weekend he suffered a fresh setback after starting Barca’s 1-1 draw with Alaves.

Aguero had to be replaced with just 41 minutes on the clock after complaining of chest discomfort, and he has since been diagnosed with an irregular heartbeat.

On Monday night, Barcelona confirmed Aguero will now miss three months of action as he undergoes further tests to see if it is safe for him to continue playing.

And that means the striker is likely to be out until at least the start of February.

That will likely mean he misses the rest of Barcelona’s Champions League group stage campaign and the Supercopa Clásico, as well as a number of other games.

If he can return around February 1, he will be back in time for a La Liga clash with Atletico Madrid on February 6 and the knockout stage of whatever competition Barcelona end up in, be it the Champions League or Europa League.

Though, for now, what’s important is that Aguero rests up and looks after his health with football very much an afterthought with health issues like this one.