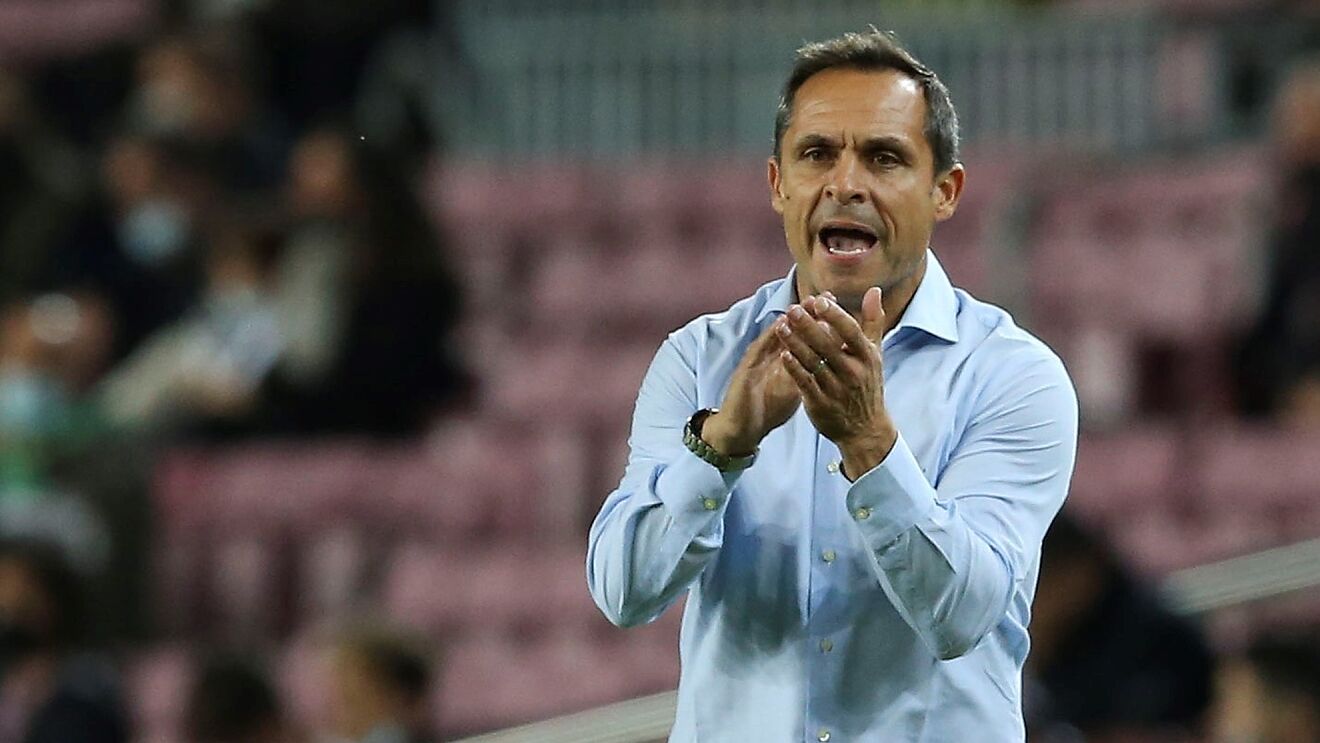 Sergi Barjuan: “I want to help the club”

Barcelona travelled to Ukraine this evening to face Dynamo Kyiv in a must-win fixture in the Champions League, and got the job done thanks to a moment of quality from Ansu Fati.

The Catalan club sat third in Group E going into the game, two points clear of bottom-placed Dynamo, one behind second-placed Benfica and six behind pace-setters Bayern Munich. They had to emerge victorious to keep their dream alive and did, winning 1-0.

Barcelona started well, playing with more intent and aggression than they have in recent times if still lacking a certain decisiveness in the final third. But by pressing Dynamo so high they left themselves exposed, something their hosts sought to take advantage of with quick, competent counter-attacks.

Nerves frayed as the game wore on, and Barcelona thought they had won a penalty on the hour mark when Fati was felled in the box. VAR intervened, however, to overturn the decision.

Barcelona finally took the lead in the 70th minute. Oscar Mingueza whipped the ball in from the right side and it fell loose in the penalty area to Fati, who made no mistake in stepping up to the plate and smashing the ball into the back of the net.

“I told them how important the game was for the club before the game,” interim coach Sergi Barjuan said post-match in comments carried by Marca. “There are many players from the cantera that understood. I went all-out with that, and I don’t know whether or not it worked. But at least we won.

“On a personal level, the fact I am here representing the club that has given me everything is amazing. The players know where they are. Every day you fail to win you enter into a dynamic where you are wondering what you can do. It is a matter of work, and now that the dynamic is changing we have to take advantage of it. We have to look at what we have done well and do it better.

“I lived the game as if it were my team. The only way for us all to go together is for me to show serenity in order to convince them and help them improve. I cannot think about whether I will be there tomorrow. I want to help the club and I want to do what I am doing. There is not the slightest doubt [in that].”