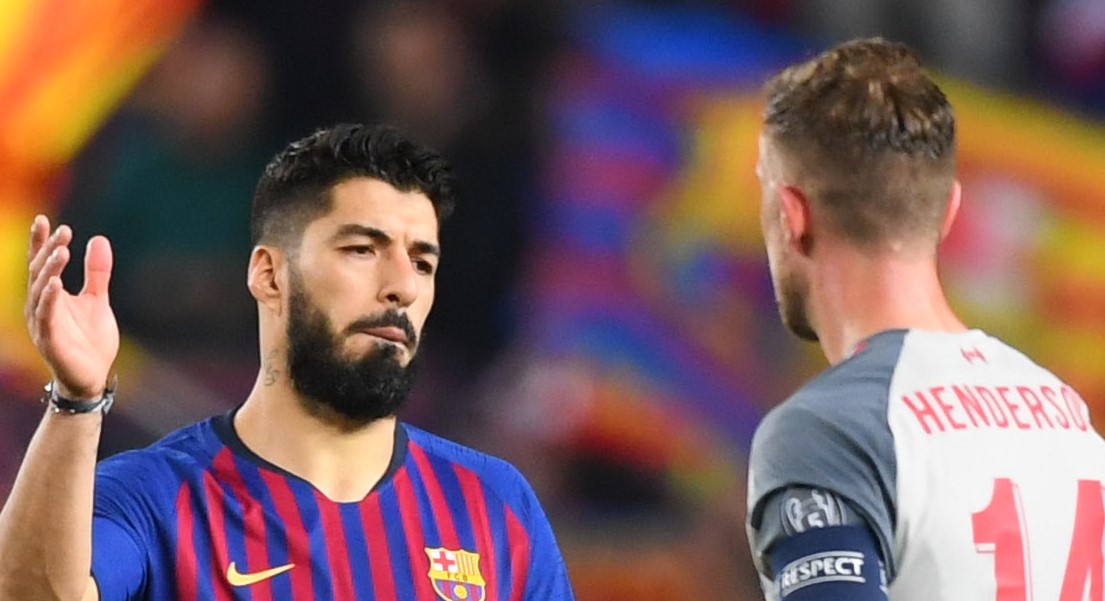 Jordan Henderson has sent a warning to his Liverpool teammates after trading compliments with Luis Suarez.

Henderson and Suarez played together at Anfield for around three years before Suarez left to join Barcelona in 2014.

Since then, both players have gone on to achieve success with Henderson winning both the Premier League and Champions League as captain of Liverpool, while Suarez won numerous titles at Barcelona and a La Liga title with Atletico Madrid.

But the two remain friends, and that was shown in Suarez’s recent praise of Henderson ahead of Atletico Madrid’s clash with Liverpool in the Champions League on Wednesday night.

“He’s a role model for English football,” said Suarez. “Winning a Premier League title with Liverpool must have been fantastic for him, and it’s made him greater than he already was.”

Henderson is just as enamoured by Suarez, and in his press conference ahead of the Atletico Madrid clash, the midfielder sent a warning to his teammates to keep an eye on his former teammate.

“We all know he’s been a top player for a long time,” said Henderson.

“I learned a lot from him during his time here. I’m quite close to him. I still speak to him.

“We need to be on our guard with him. Luis is a top striker who will cause any team problems.”

Liverpool and Atletico Madrid will face off at 9pm on Wednesday night at Anfield.