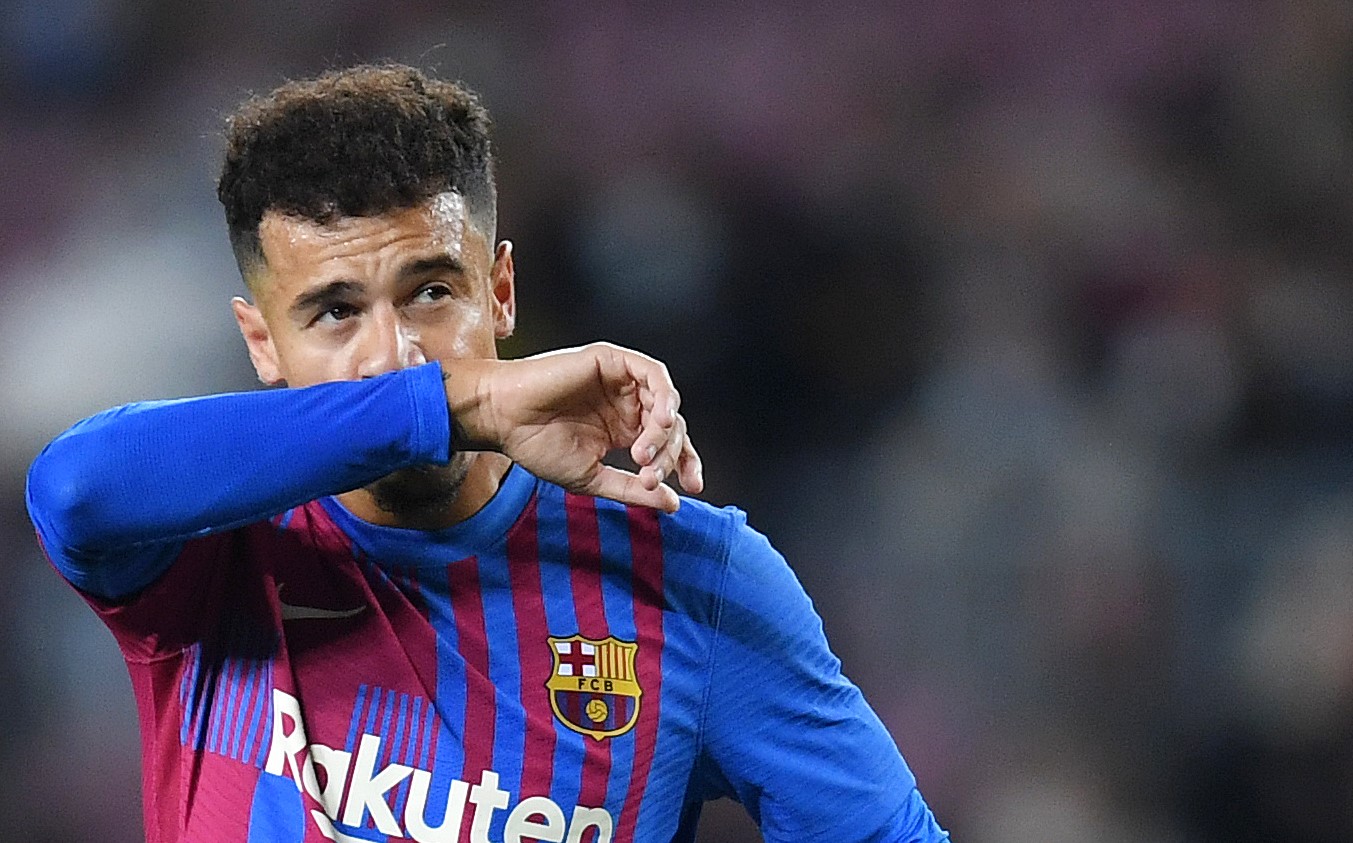 Coutinho has struggled since his more than €100million move from Liverpool in 2018.

The Brazilian has come back into the fold this season, but prior to that, he found himself on the outside looking in.

Coutinho spent a season on loan at Bayern Munich, winning the Champions League, and at this point, he can only dream of achieving something similar at Camp Nou.

In the midfielder’s defence, the circumstances have hardly been ideal over the last year or so, but he simply hasn’t delivered in terms of his own performances.

And that’s a real concern for Barca, who are staring down the barrel of a huge amount of wasted money as Coutinho edges towards 30 years of age.

There is still hope, however, and Barca interim boss Barjuan has given the Brazilian a word or two of advice having taken over from Ronald Koeman last week.

“I have spoken with everyone and I spoke with Coutinho,” Barjuan said in his latest press conference. “I told him that I was also whistled at Camp Nou.

“The only way to make yourself strong is to be yourself and I asked that of him.

“When you have more difficulties and you only want to play your role, it’s more complicated.

“If he has more help…it will be important. We wait to rediscover the Coutinho of Liverpool.”