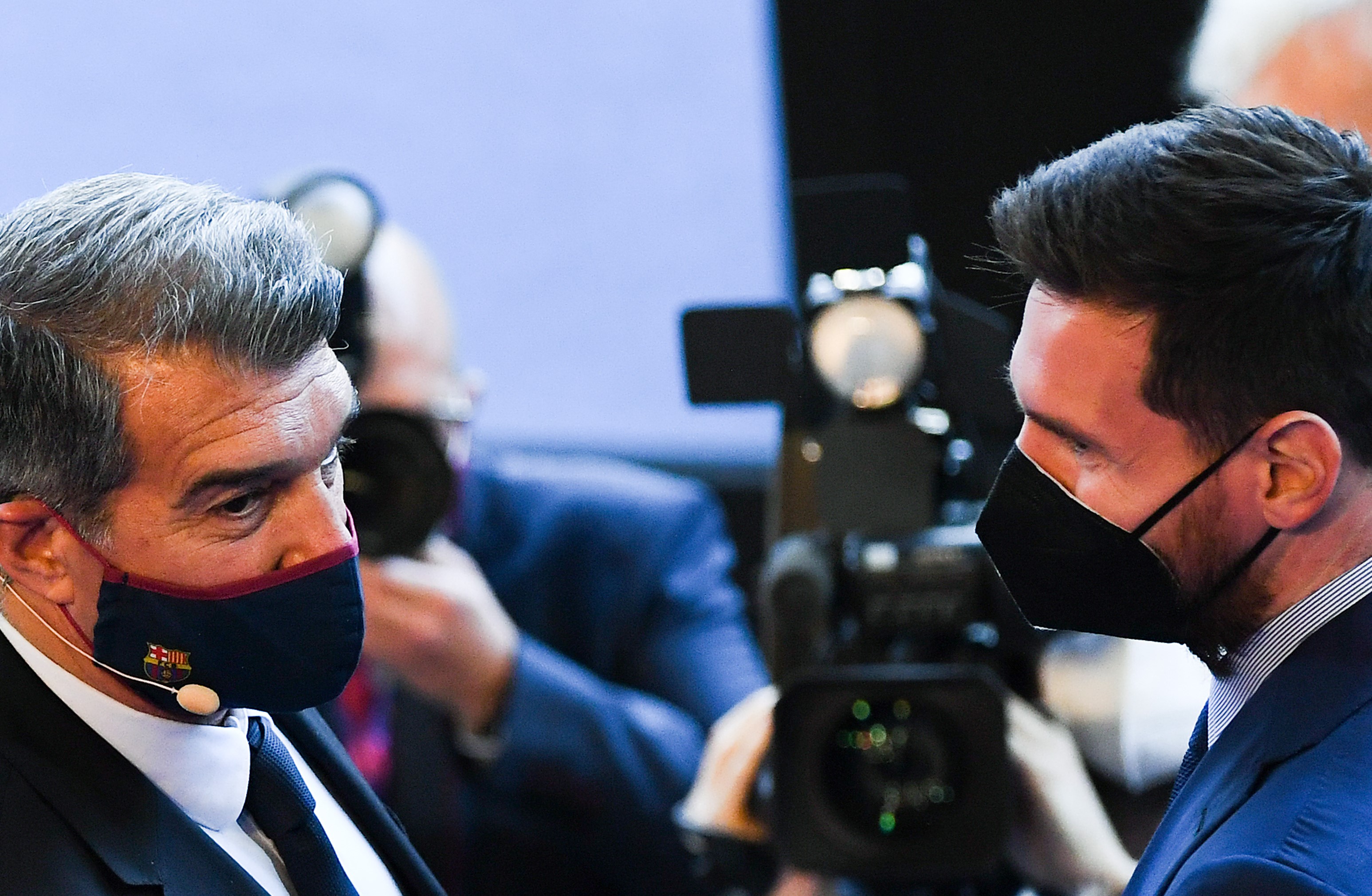 Messi’s departure from Camp Nou dominated headlines throughout the summer, the Argentine moving on after 21 years.

The situation was particularly complicated because of the fact Messi agreed a reduced deal to stay at the club.

It was a deal Barcelona could have done, Laporta already agreeing in principle to sign up for La Liga’s CVC deal, which would see the club handed a large sum of cash upfront in exchange for 10% of future profits.

If Barca accepted the deal, they would have seen their salary cap raised and the deal with Messi could have been done.

But despite telling their legendary forward it was going to be wrapped up, a late change of heart on the CVC deal, likely in relation to the club’s stance on the European Super League, saw Messi depart.

And it seems the Argentine is still hurt by the whole saga and how Laporta handled it.

“The truth is that, as I explained in my exit, I did everything possible to stay,” he told Sport. “Never in any minute did he (Laporta) ask if I would play for free.

“He asked me if I would reduce my salary 50% and I did without any problem.

“We were able to help the club more. The desire and the desire of mine and of my family was to stay at Barcelona.

“Nobody asked me to play for free but at the same time, it appeared to me that the words of the president were inappropriate.

“It hurt me because I don’t think he needed to say that, it’s like taking the ball off you and not assuming the consequences, nor taking charge of things. This makes people think or generate doubt that I think I don’t deserve.”

What Messi refers to is Laporta saying that the deal was possible before pulling the rug and changing his mind.

And the now PSG star still hasn’t spoken to his former president.

When asked if the pair had spoken since, he simply said: “No, no.”