Xavi’s arrival at Barcelona may take longer than previously expected

Xavi’s arrival at Barcelona may take longer than previously expected according to a report in Marca.

The legendary former midfielder is clearly Joan Laporta’s first choice to succeed Ronald Koeman, and Xavi himself has also made it clear that he wants and is ready for the job.

But Al-Sadd, the Qatari club he’s currently in charge of, are showing more resistance to allowing the move than had been foreseen. They’re upset everyone is taking the move for granted even though nobody from Barcelona has made a formal approach.

Al-Sadd took to Twitter on Saturday evening to reiterate that Xavi still has a two-year contract in place with the club, and that the Catalan is fully focused on his team’s upcoming matches. 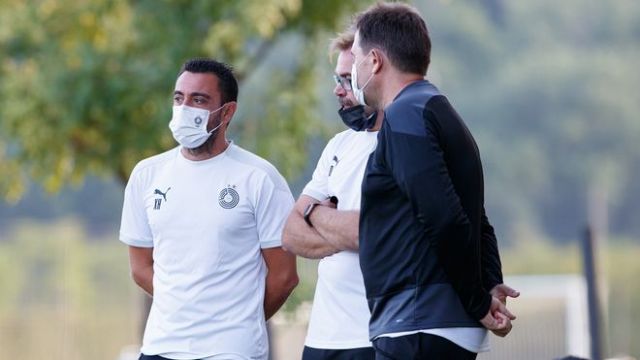 Xavi himself spoke along similar lines in a press conference. He’s focused on his work in Qatar, he said, and had no interest in discussing anything else.

Despite the appointment being far from straightforward from Barcelona’s perspective, the leadership of the club have called for calm. They don’t want to rush anything, and want Xavi to negotiate his exit before coming in late to seal the deal.