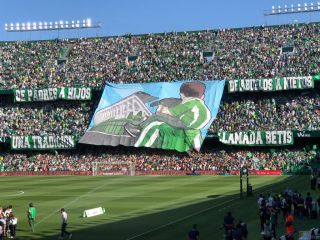 The 2015 statistic that reflects poorly on Barcelona’s supporters

Barcelona stuttered to an uninspiring 1-1 draw with Alaves at Camp Nou on Saturday evening, before just 37,278 supporters.

Memphis Depay fired the Catalan club into the lead four minutes into the second half, a stunning strike from outside the area. Alaves equalised three minutes later through Luis Rioja.

It was Barcelona’s first game of the post-Ronald Koeman era, with the Dutchman relieved of his duties following Thursday evening’s 1-0 defeat at the hands of Rayo Vallecano at Vallecas.

Xavi is expected to come in to replace him, although there was little positive energy in evidence at Camp Nou on Saturday. Barcelona sit ninth in La Liga, literally as close to the top of the table as they are to the relegation zone.

Real Betis had the sixth-highest attendance in Spain back in 2014/15 – when they were in the Segunda. I refuse to accept any excuses from Barcelona fans regarding the attendance we’re seeing at Camp Nou right now. Reflects poorly on the club. https://t.co/nAA0Mx5CpV

Many supporters pointed to various reasons for the poor attendance, remarkable given the Camp Nou’s capacity is just shy of 100,000 and Coronavirus restrictions are a thing of the past. But a statistic from 2015 has discredited most arguments.

That statistic is the average attendances in Spain during the 2014/15 season. Real Betis were the sixth-best supported team during that campaign with an average gate of just over 30,000 – despite the fact they were in the Segunda that year.