Barcelona could be offered a vital injury boost ahead of their crunch Champions League clash with Dynamo Kyiv.

La Blaugrana face the Ukrainian giants on October 2 and the squad are due to fly out from El Prat Airport tomorrow morning.

Interim boss Sergi Barjuan will be without veteran defender Gerard Pique through injury after he was forced off in their weekend draw with Alaves.

However, despite a growing injury list  at the club, he could be buoyed by the return of three star names ahead of this game.

According to reports from Mundo Deportivo, Sergi Roberto, Ansu Fati and Frenkie de Jong all returned to training this morning and Barjuan will make a late call on their fitness. 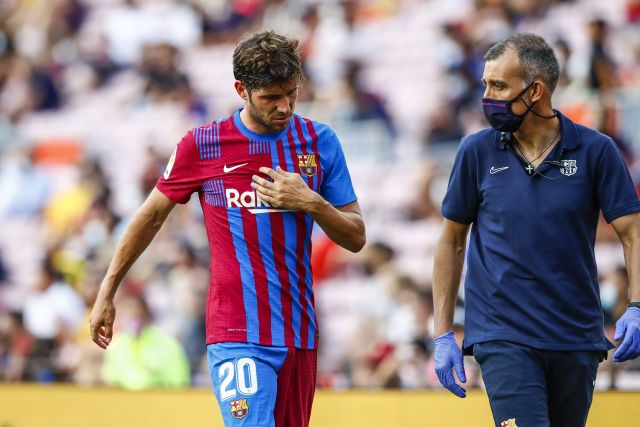 Fati and de Jong are likely to be the two names included in the squad, after missing the defeat to Rayo Vallecano due to picking up injuries in El Clasico, and Roberto missed out in Vallecas.

Barjuan is set to confirm his travelling party in the next 24 hours with Sergio Aguero also ruled out after undergoing tests on a heart rate rhythm disorder overnight.