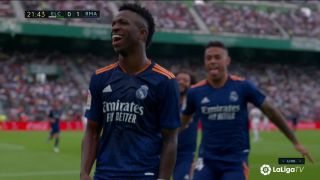 Vini Jr. is on the scoresheet again! 🔥

A beautiful flick from Mariano for the assist and a ruthless finish from the Brazilian 👏 pic.twitter.com/uFhTvXuS2Y