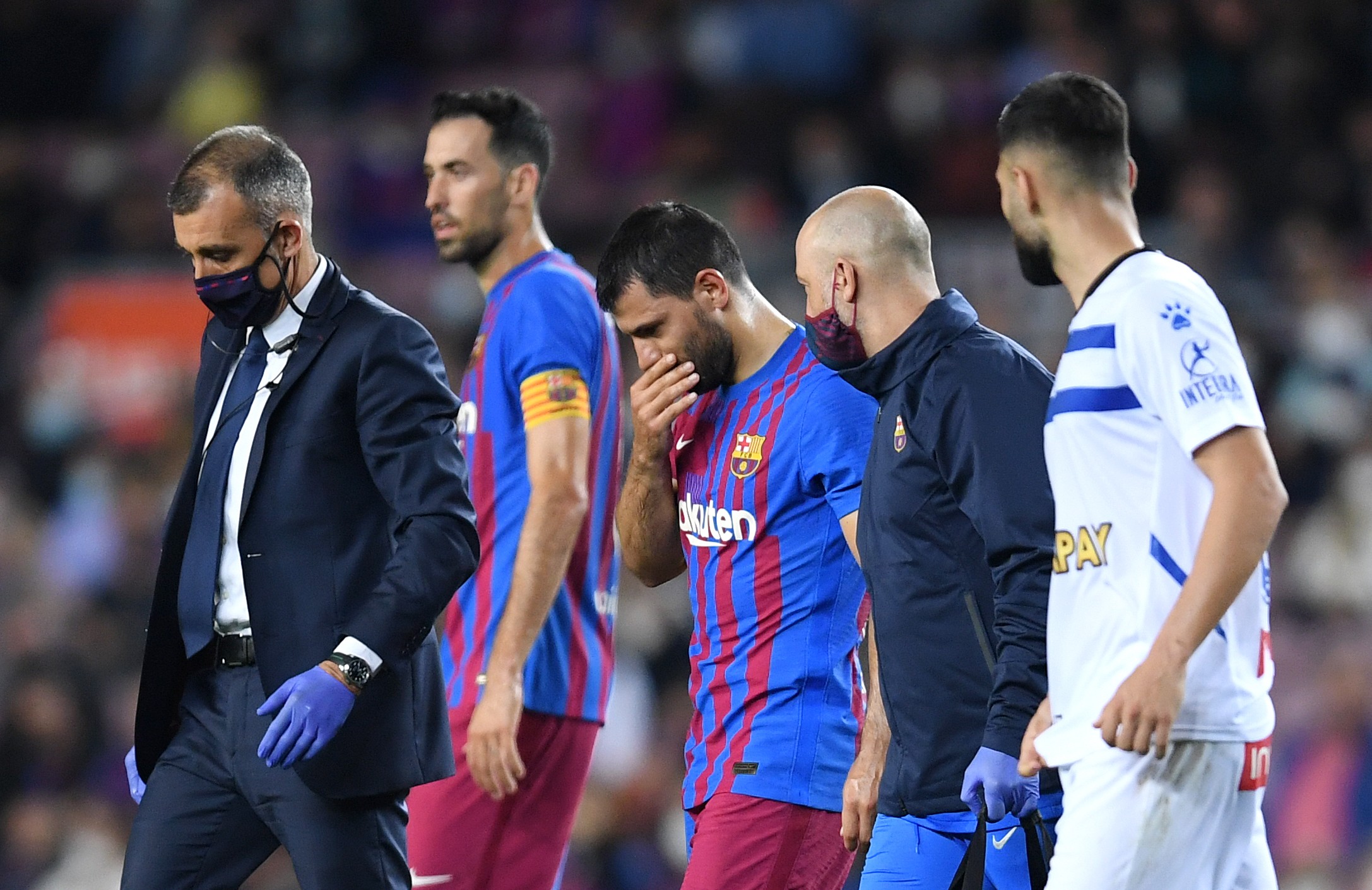 WATCH: Sergio Aguero forced off with bizarre first half injury against Alaves

Sergio Aguero’s first Camp Nou start as a Barcelona player has been ended before half time through injury.

Aguero retained his starting place from the 1-0 midweek defeat to Rayo Vallecano with interim boss Sergi Barjuan opting to start him in attack against Alaves.

Neither side created much in a tight opening 45 minutes with Aguero’s former Manchester City teammate Eric Garcia forcing a key stop from Antonio Sivera as the best early chance.

However, the big news from the opening 45 minutes was Aguero’s strange exit just before the half time whistle.

Concerning scenes near the end of the first half at Camp Nou, but thankfully Sergio Aguero was able to leave the pitch without the need for a stretcher 🙏

The veteran Argentinian required immediate medical attention after appearing to be suffering from breathing problems.

Sergio Aguero has been subbed off with an Injury 🤕 pic.twitter.com/VDuddiyVZc

Aguero eventually walked off the pitch but Barcelona fans will be concerned by his condition given the lack of contact with an opponent before his exit.

Barjuan bought on Philippe Coutinho as his replacement as the former La Blaugrana looks to make a winning start to temporary life in charge of the first team.