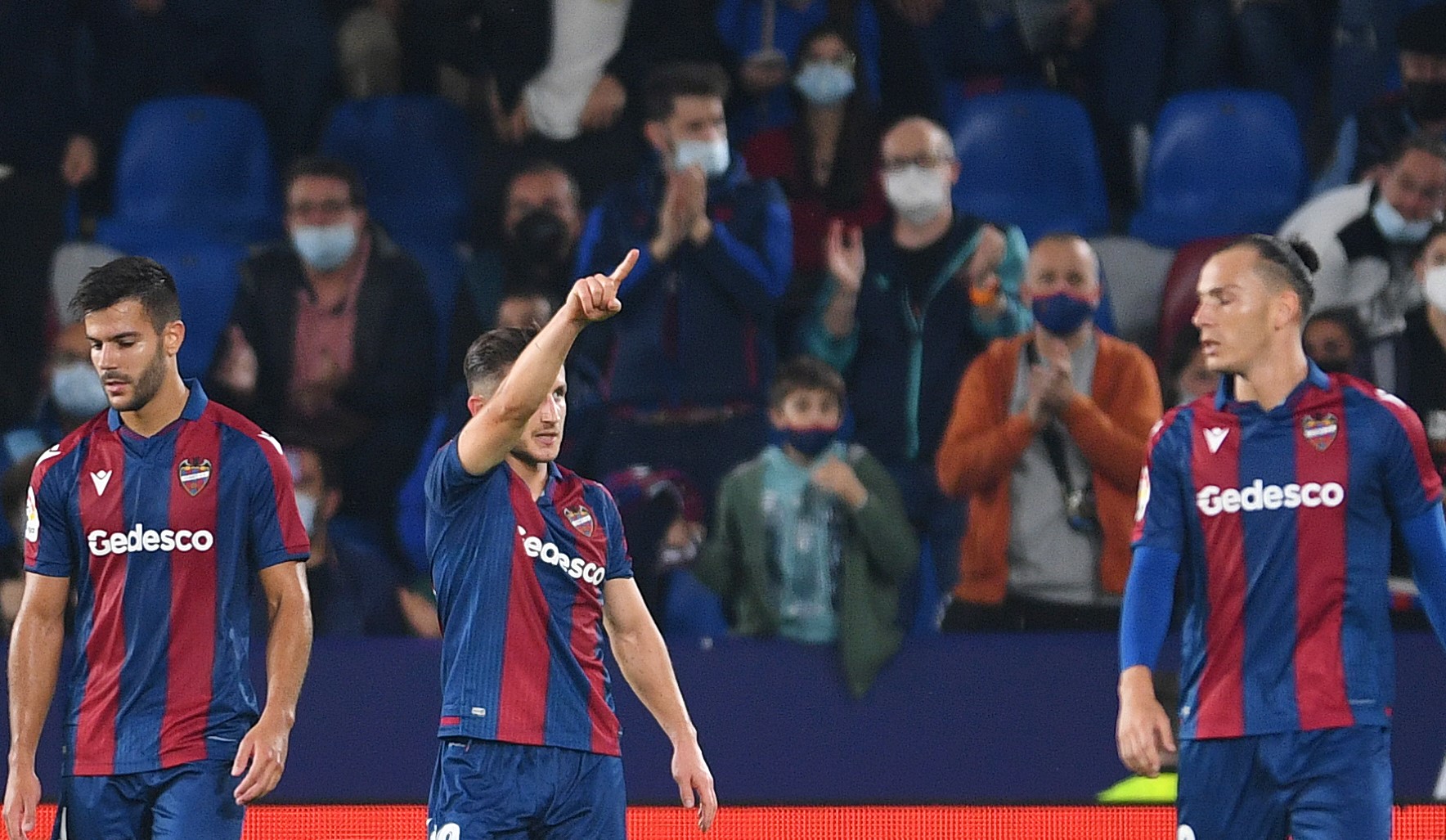 Levante have taken a point in dramatic fashion against Atletico Madrid.

Reigning champions Atleti have stumbled again to make it three games without a win, drawing at Cuitat de Valencia against a Levante side still without a win this season.

Diego Simeone’s men took the lead in the game, Antoine Griezmann heading home from close range, but Enis Bardhi levelled the scores from the spot after Luis Suarez gave away a penalty.

Substitute Matheus Cunha then put Atleti ahead with his first goal for the club after a superb pass from Rodrigo de Paul.

That looked to have been enough for Los Rojiblancos, but after Simeone was sent off for having a word too many to say on the sideline, Levante found a way to take a point and to upset another of the big boys, something they have gained a reputation for doing in recent years.

Las Granotas were given another penalty when the ball ever-so-slightly brushed the arm of Renan Lodi, and Bardhi – who hasn’t played for two months due to injury – scored his second goal, and indeed second penalty, of the game.

The point is a huge one for Levante and their new boss Javier Pereira, while Atleti are now five points behind leaders Real Sociedad, albeit with a game in hand.