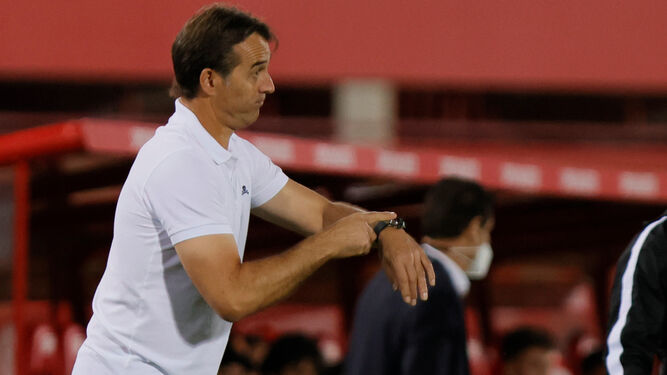 Sevilla were forced to share the spoils with Mallorca on Wednesday evening in La Liga, travelling to the Balearic Islands to draw 1-1 with their hosts at the Visit Mallorca Estadi.

Antonio Sanchez fired Mallorca into 22nd minute lead only for Erik Lamela to equalise for the Andalusians in the 73rd.

Jaume Costa was then sent off for the hosts in the 92nd minute, while Lucas Ocampos thought he’d won it for Sevilla in the 95th when he scored a late goal. VAR, however, ruled it out.

Sevilla enjoyed the lion’s share of the possession, with 70%, and while both sides recorded eight shots each Sevilla were more accurate in front of goal.

Despite viewing the game as two points dropped, Sevilla are – at the time of writing – top of the league table. They’re level on points with Real Betis and Real Sociedad but ahead of both courtesy of their better goal difference. Mallorca are in 12th.

“The spirit of VAR in the beginning was only for clear plays, and I still find [the penalty incident] to be very unclear even after seeing it 58 times,” Julen Lopetegui said post-match in comments carried by Diario de Sevilla. “But we have to accept it, it’s been ruled out and we’re sad to lose two points.

“We haven’t done it and now we have to continue. [Mallorca] are a good team who forces you to do things very well, and I think that’s been the case today. But I think that we deserved more in the second half. I just wish we had hurt Mallorca earlier.”