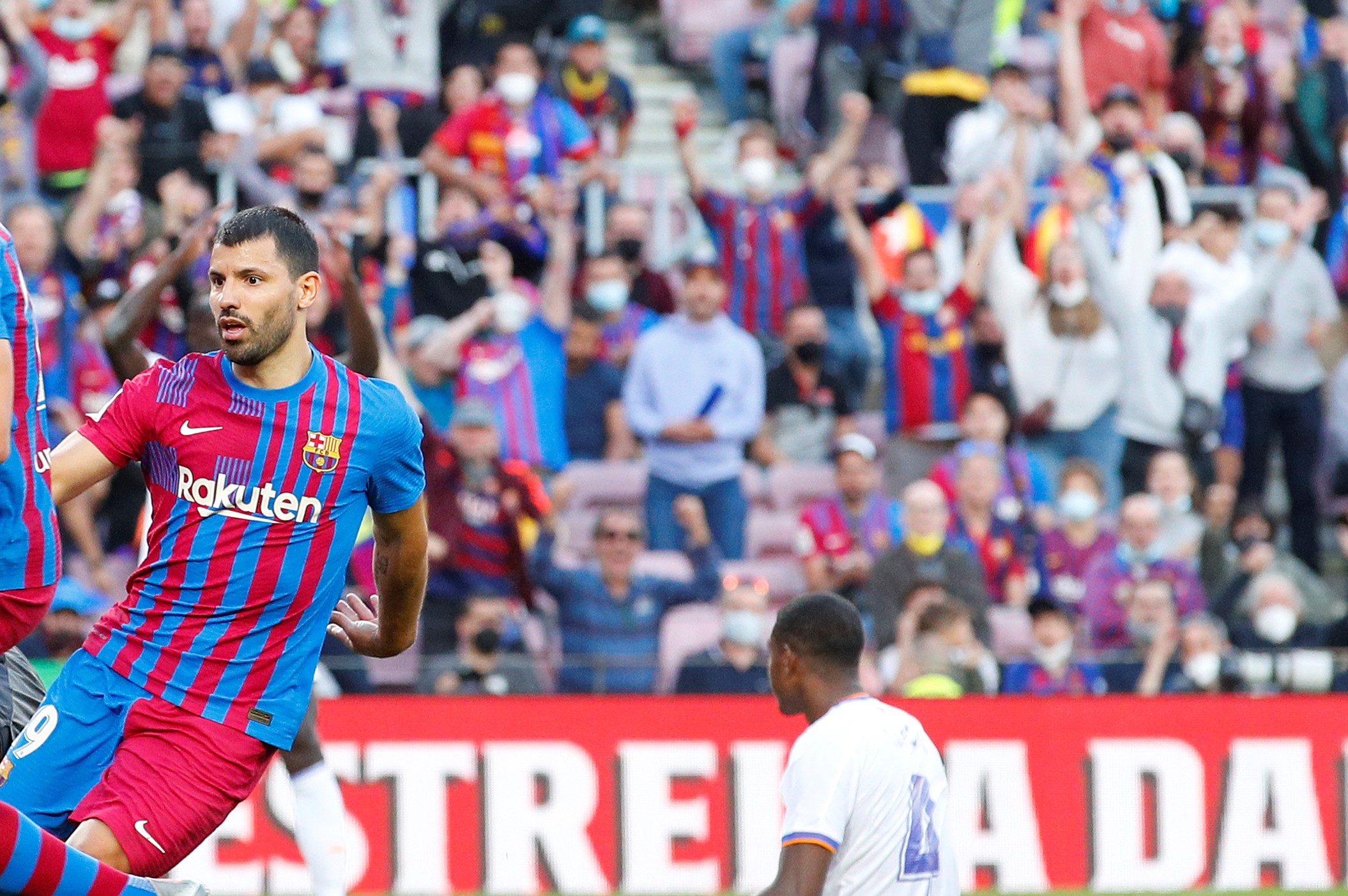 Ronald Koeman has hinted at a start for Sergio Aguero against Rayo Vallecano on Wednesday.

Aguero has missed much of the season so far through injury after picking up an injury during pre-season, shortly after joining Barcelona.

The Argentine joined the Catalan club on a free transfer after 10 successful years at Manchester City.

But a difficult few weeks followed his arrival, the striker picking up an injury and seeing close friend Lionel Messi leave within the same time period.

Aguero has made progress however, and he followed up his long-awaited Barca debut recently with a goal in El Clásico.

The goal was only a consolation, but it was a good start for the former Man City man nonetheless.

And he is now looking forward to his first start, which could come as soon as Wednesday when Barcelona face Rayo Vallecano, even if he is not fit enough to play 90 minutes.

“He is still not ready for 90 minutes, but he can start a game or a second half,” said Koeman in his pre-match press conference.

“He is ready to have more game time.”