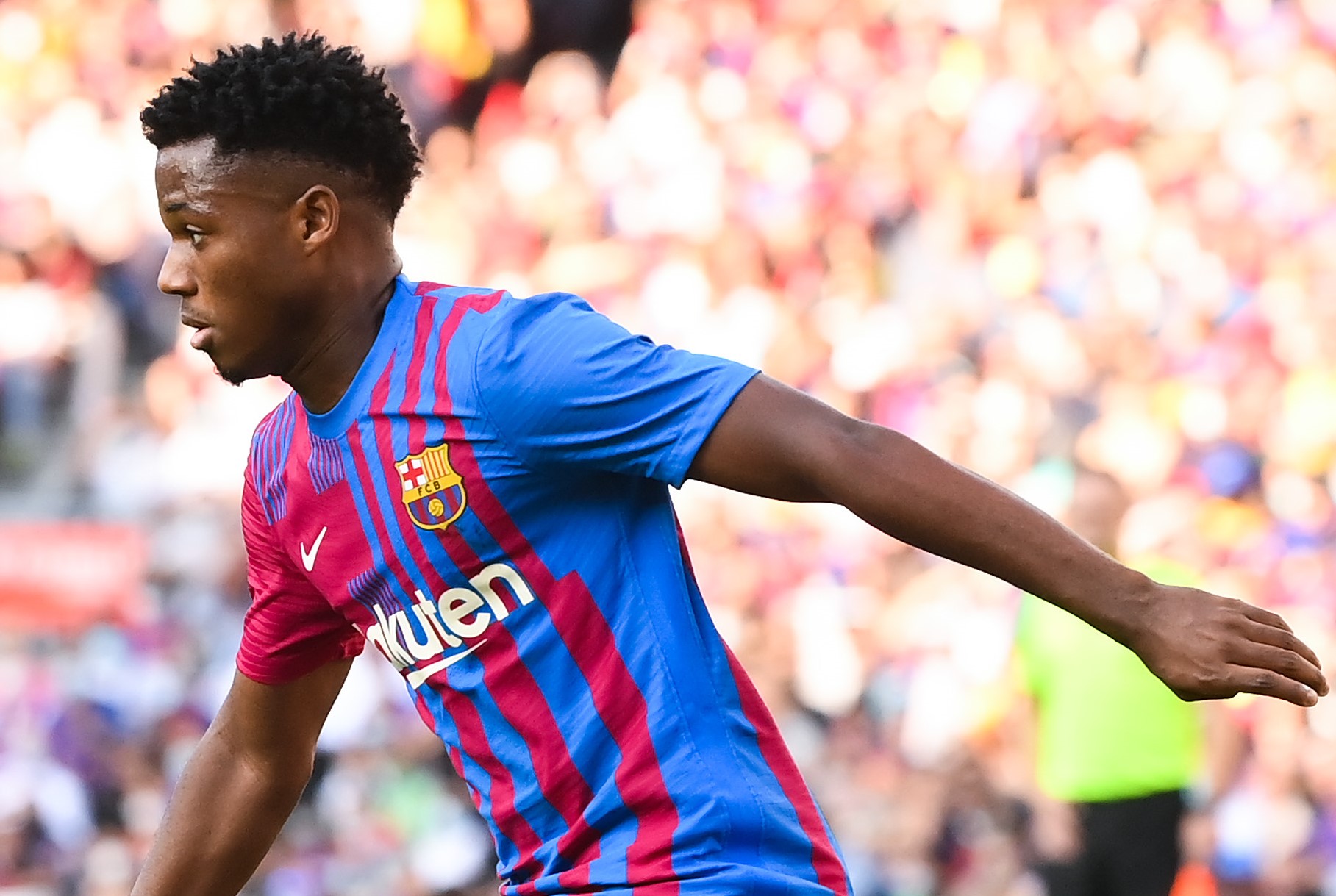 Ronald Koeman has revealed an injury concern for Barcelona ahead of their clash with Rayo Vallecano on Wednesday.

Barca are back in action as soon as tomorrow after suffering a defeat to Real Madrid in El Clásico on Sunday at Camp Nou.

Koeman‘s men head to Vallecas desperate to bounce back quickly following yet another setback in what has been a long and difficult season already.

But they could be without one of their most important players in Ansu Fati, who only recently returned from a long-term injury.

Fati picked up a small issue against Real Madrid and Koeman has confirmed he will remain a doubt for the Rayo clash.

“He has discomfort,” said Koeman in his pre-match press conference. “He is still a doubt. We will decide tomorrow when we travel in the morning.”

Given the length of time Fati missed, almost a year in total, Barca are unlikely to take a risk with their young striker, especially in a game they should be winning without him.

Barca are back in action again on the weekend when they will face Alaves at home, so it seams counter productive to rush him back.