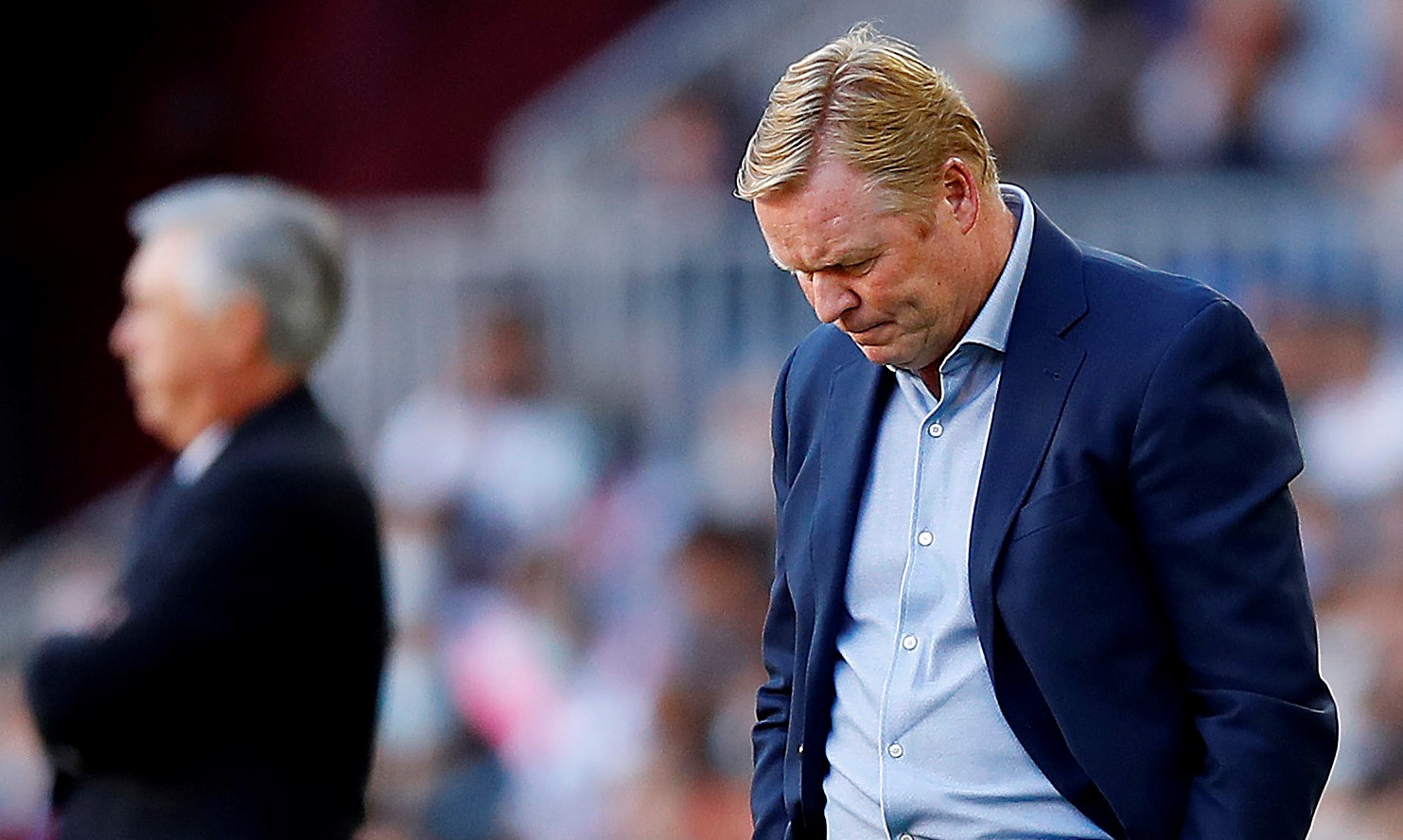 Ronald Koeman says the Barcelona players were predictably down after their Clásico defeat to Real Madrid.

Barca lost 2-1 at home to their fierce rivals on Sunday after goals from David Alaba and Lucas Vazquez.

Sergio Aguero did manage to get a consolation late on, scoring his first goal for Barca, but all in all, it was a disappointing defeat for the Blaugrana.

Some fans whistled towards the end of the game, and Koeman’s substitutions were greeted with boos.

Barca actually enjoyed the lion’s share of possession during the clash, but they had no final product and paid a price against a Real Madrid side who were cutthroat on the break.

And after the game, Koeman spoke of the mood in the dressing room, keen to move on swiftly from the defeat.

“The players, like everyone, are of Barca, we are disappointed with the result,” said the Dutchman.

“It has to be this way. But also, we have to analyse that we have done well and we have had the help of the fans.

“But there is no time to lower the arms.”

Barca do have the chance to bounce back quickly from their Clásico defeat, scheduled to play Rayo Vallecano as soon as Wednesday night.