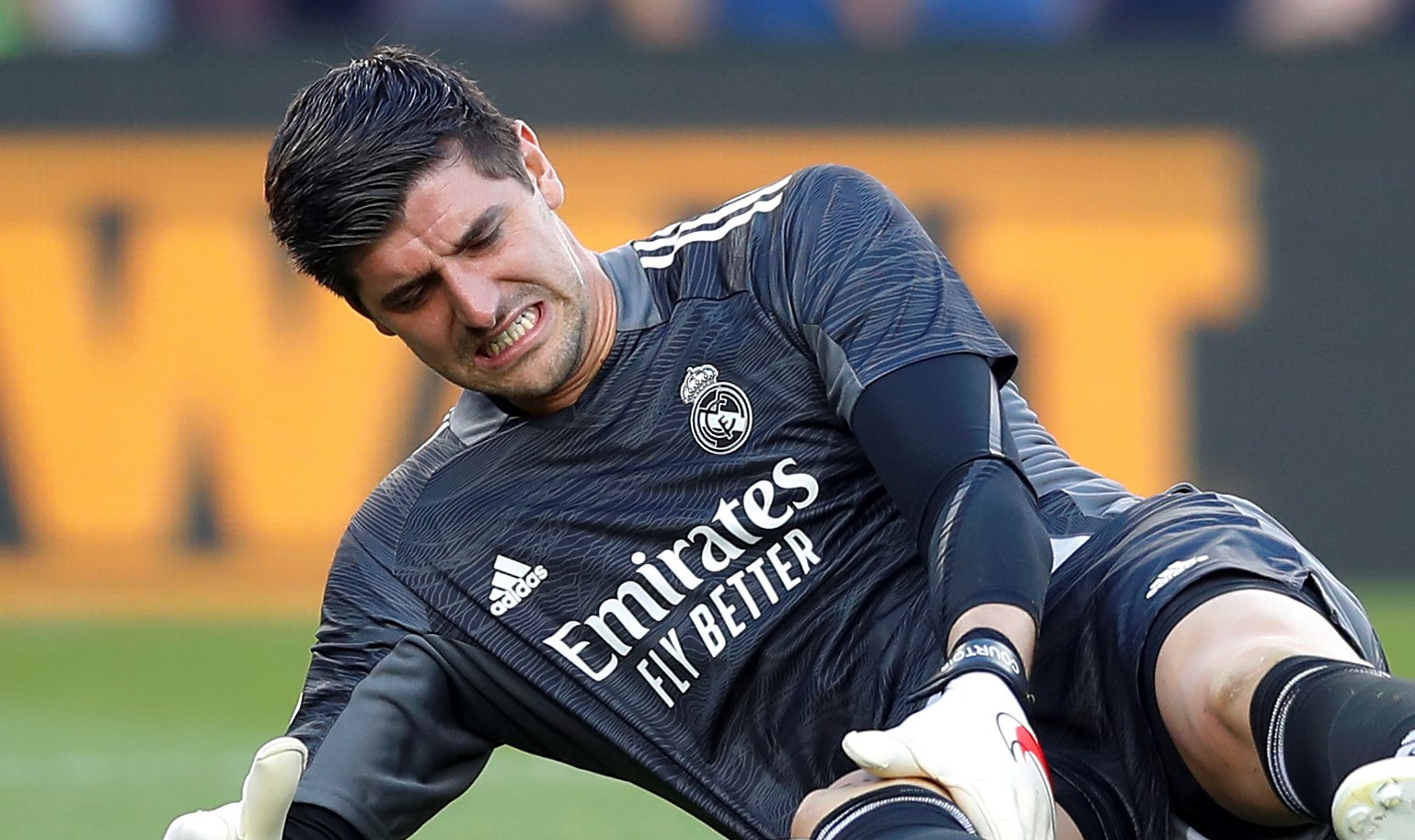 Carlo Ancelotti has issued an injury update on two of his players after El Clásico.

Real Madrid won their fourth successive Clásico on Sunday afternoon, defeating Barcelona at Camp Nou thanks to goals from David Alaba and Lucas Vazquez, ahead of Sergio Aguero scoring a late consolation.

The win saw Los Blancos temporarily move top of the table, and while they have since been displaced, they are still on course to lead the rest due to a game in-hand.

But it wasn’t all rainbows and sunshines for Real Madrid, who suffered a couple of injury concerns during their trip to Catalonia.

The main concern involves Fede Valverde, who came on as a substitute before being taken off shortly after due to injury.

And after the game, Ancelotti revealed: “I think it’s a hit on the knee. We will have to evaluate it tomorrow (Monday).”

Thibaut Courtois also pulled up injured after clearing a ball, but despite early concern over a ligament injury, he seemed to shake off whatever blow he had suffered.

And Ancelotti has confirmed that all is well even after the game, now that the Real Madrid medical staff have had a good chance to give the Belgian a once over.

“It looked like something serious, but he is fine,” added the Italian boss. “I was going to make the last sub and had to way to see if it was something bad.

“But he didn’t have anything serious and we could do the change we had in mind.”