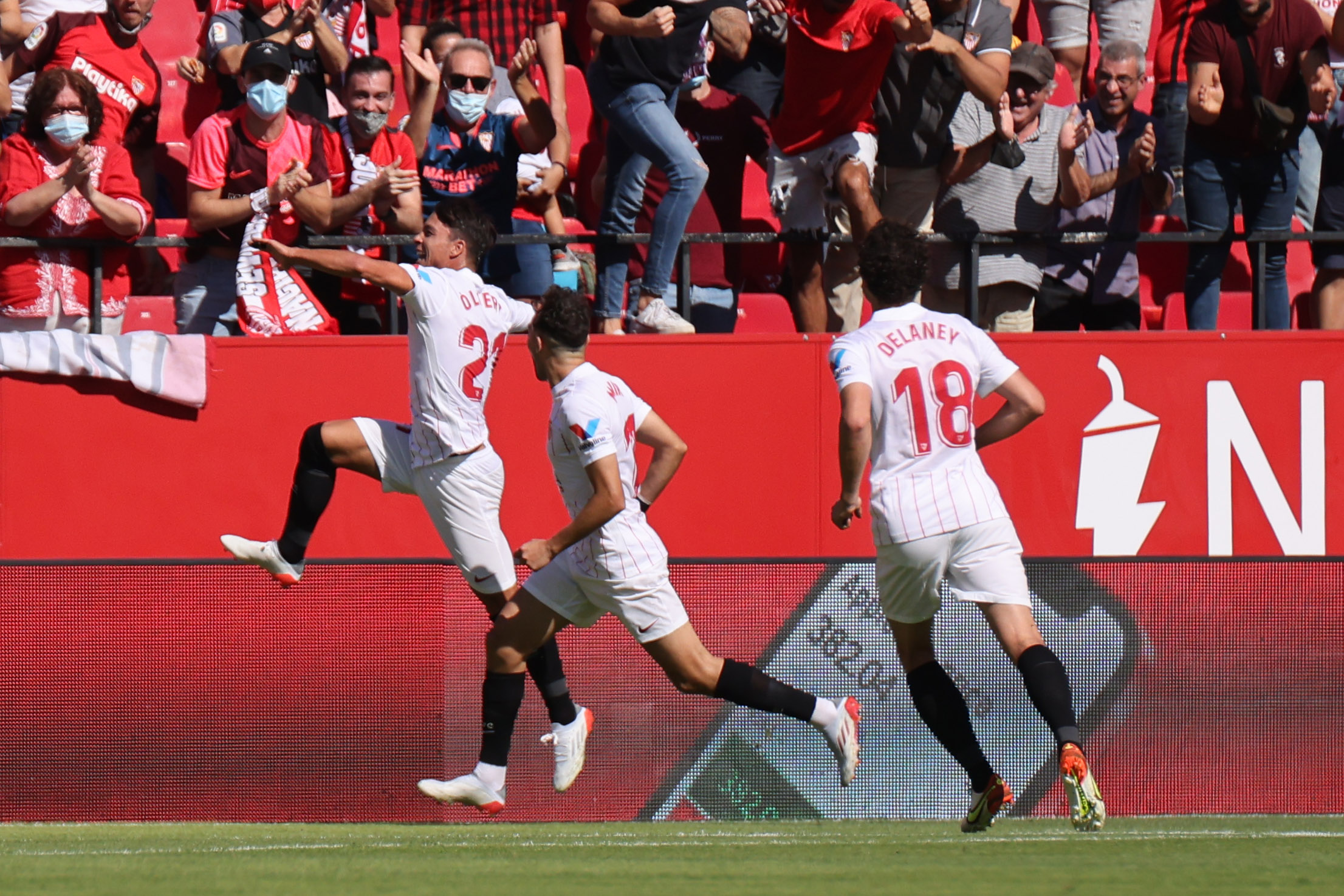 Sevilla welcomed Levante to the Sanchez-Pizjuan in La Liga this afternoon to kick off a big day of Spanish football, and served up a stone-cold classic themselves. Sevilla won 5-3 in a thriller.

Victory means that the Andalusian side are now top of the league table, level on points with Real Sociedad but with a better goal difference. La Real could overtake them if they beat Atletico Madrid tonight, as could Real Madrid if they beat Barcelona.

Sevilla make a perfect start against Levante over on @FreeSports_TV ⚪🔴 pic.twitter.com/2AVyuy33SO

Things got off to an excellent start for Sevilla, with Oliver Torres scoring a goal-of-the-season contender inside the eighth minute – the creative midfielder rattled the top left corner of the net with a perfectly-struck volley from distance.

Rafa Mir doubled the hosts’ advantage in the 24th minute, before Jose Luis Morales pulled one back for Levante in the 33rd. Diego Carlos was then on hand, however, to step up and restore Sevilla’s two-goal cushion five minutes after that.

Munir El Haddadi scored Sevilla’s fourth five minutes into the second half, but Morales struck back with his second five minutes later. Gonzalo Melero then scored Levante’s third to put them just a goal behind, only for Fernando to win it in the 64th minute.