Los Blancos secured a 2-1 win at the Camp Nou as Koeman’s own miserable record in the biggest game in Spanish football continued into the 2021/22 season.

The Dutch head coach lost both games against Real Madrid in his debut season in charge in Catalonia in 2020/21. 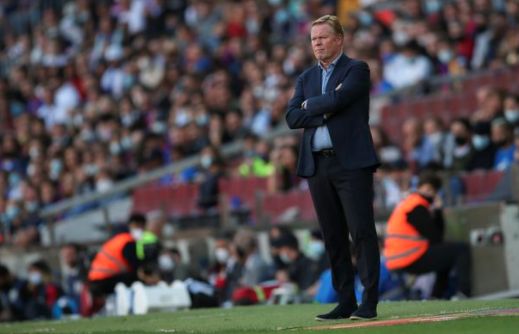 His third successive El Clasico loss this weekend means he has matched an unwanted period of club history alongside pre war club boss Patrick O’Connell, as per reports from Mundo Deportivo.

Dublin born O’Connell managed Barcelona from 1935 to 1940 during their time in the both the early days of La Liga and the Campionat de Catalunya.

O’Connell and Koeman share the record of three straight El Clasico losses, but Barcelona have lost their last four league meetings with their old foes, stretching back to Quique Setien’s reign in 2019/20.