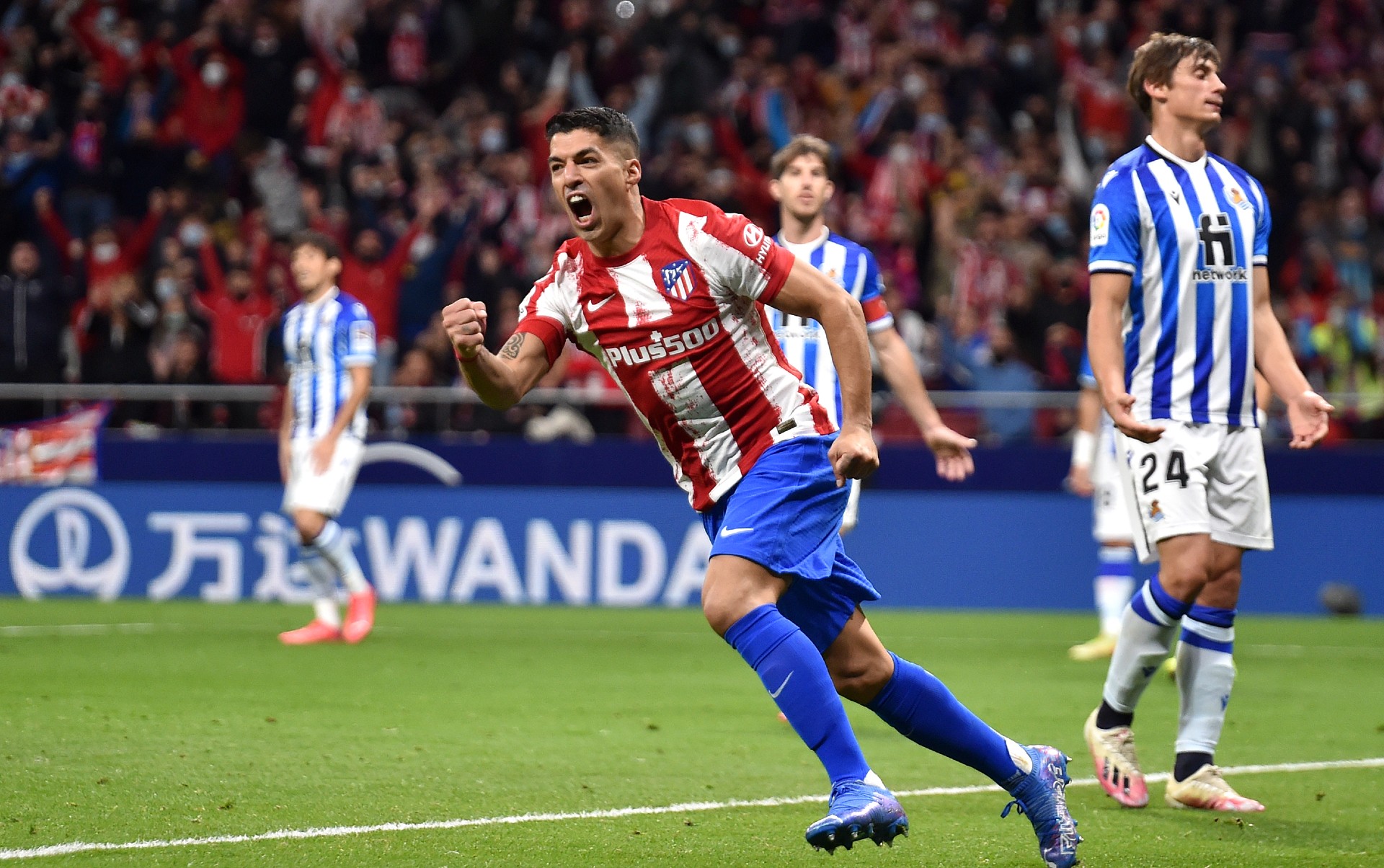 La Liga champions Atletico Madrid were indebted to Luis Suarez as they fought back to secure a 2-2 draw with in form Real Sociedad.

La Real headed to the capital on the back of an impressive start to the 2021/22 season with Imanol Alguacil’s side tipped for a potential title challenge.

The visitors lived up to their growing reputation early on as Alexander Sorloth swept home Alexander Isak’s neat pass on the edge of the box.

La Real clearly want to get back to top spot to finish the weekend 🔥 pic.twitter.com/FUrUa2Wf0n

Alguacil’s side continued to have the edge after the break in the Spanish capital as Isak stepped up to lash home a superb free kick to make it 2-0.

However, with Atletico staring down the barrel of a shock defeat at the Estadio Wanda Metropolitano, Suarez launched a one man rescue act.

The veteran striker got ahead of his marker to nod home Joao Felix’s cross just past the hour before showing his calmness under pressure to slot home a late equaliser from the penalty spot.

A penalty was awarded after VAR review and Luis Suarez made no mistake in converting it 👀 pic.twitter.com/j9P6bxrgfH

Despite the draw, Real Sociedad remain top of La Liga at the end of the weekend, with Atletico three points behind in fourth place, but with a game in hand for Diego Simeone’s side.