Atletico Madrid boss Diego Simeone hailed the impact of star striker Luis Suarez as they fought back to secure a 2-2 draw with in form Real Sociedad.

La Real looked set to cause an upset in the Spanish capital after marching into a two goal lead before the hour at the Estadio Wanda Metropolitano.

However, Atletico showed their trademark steel in the final stages, to battle back and pick up a point against the Basque giants.

Suarez was at the heart of Atletico’s response late on with two goals and a textbook performance from the Uruguayan hitman. 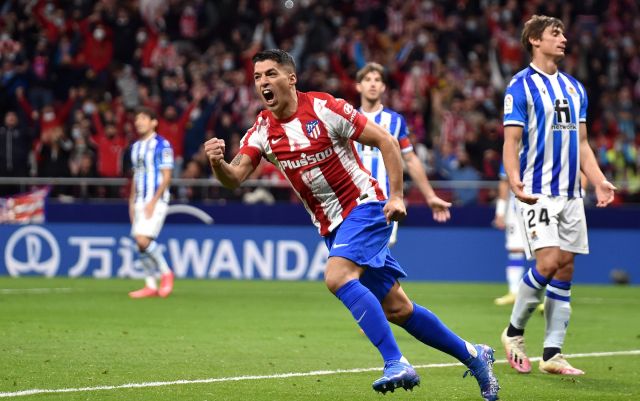 The 34-year-old has come in for come criticism in the opening weeks of 2021/22 but Simeone insisted the veteran striker remains a major influence on the league.

“He is extraordinary, particularly when he roams the around area”, as per reports from Marca.

“Our problems were not in attack. The goals against hurt us. But with Suarez, we always have the option of scoring or assisting a teammate.”

Suarez’s brace against La Real brings him up to seven goals in all competitions in 2021/22 as he looks to build on a 21-goal league haul from last season.

Up next for Simeone and Atletico is a midweek trip to Levante followed by a home tie against Real Betis next weekend.