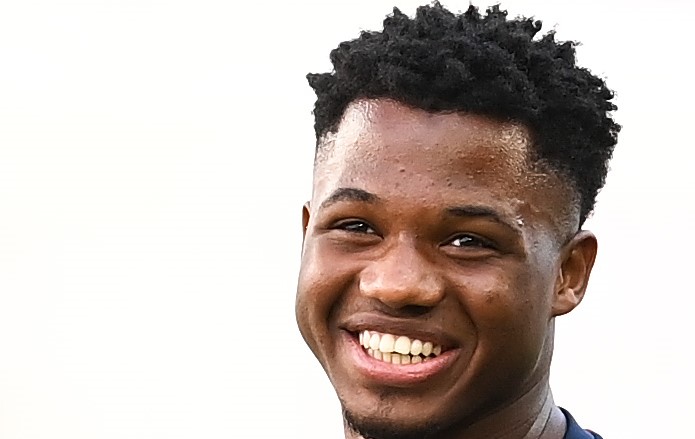 The talented 18-year-old has signed a new contract with Barca to keep him in place until 2027.

Fati recently returned from an injury that kept him out for the best part of a year, and he has picked up where he left off, scoring twice in five appearances.

The young frontman was set to run out of contract next summer, though Barcelona did hold a two-year extension option.

Instead, they decided to up Fati’s salary in a bid to keep him around long-term.

Fati is seen as one of the next big stars at Barca, already taking the number 10 shirt, and his contract is an important one for the club.

That’s something club bosses will make crystal clear today when they hold the official presentation of Fati’s new contract.

The presentation will take place at 12pm this afternoon with a press conference at Camp Nou’s Auditori 1899.