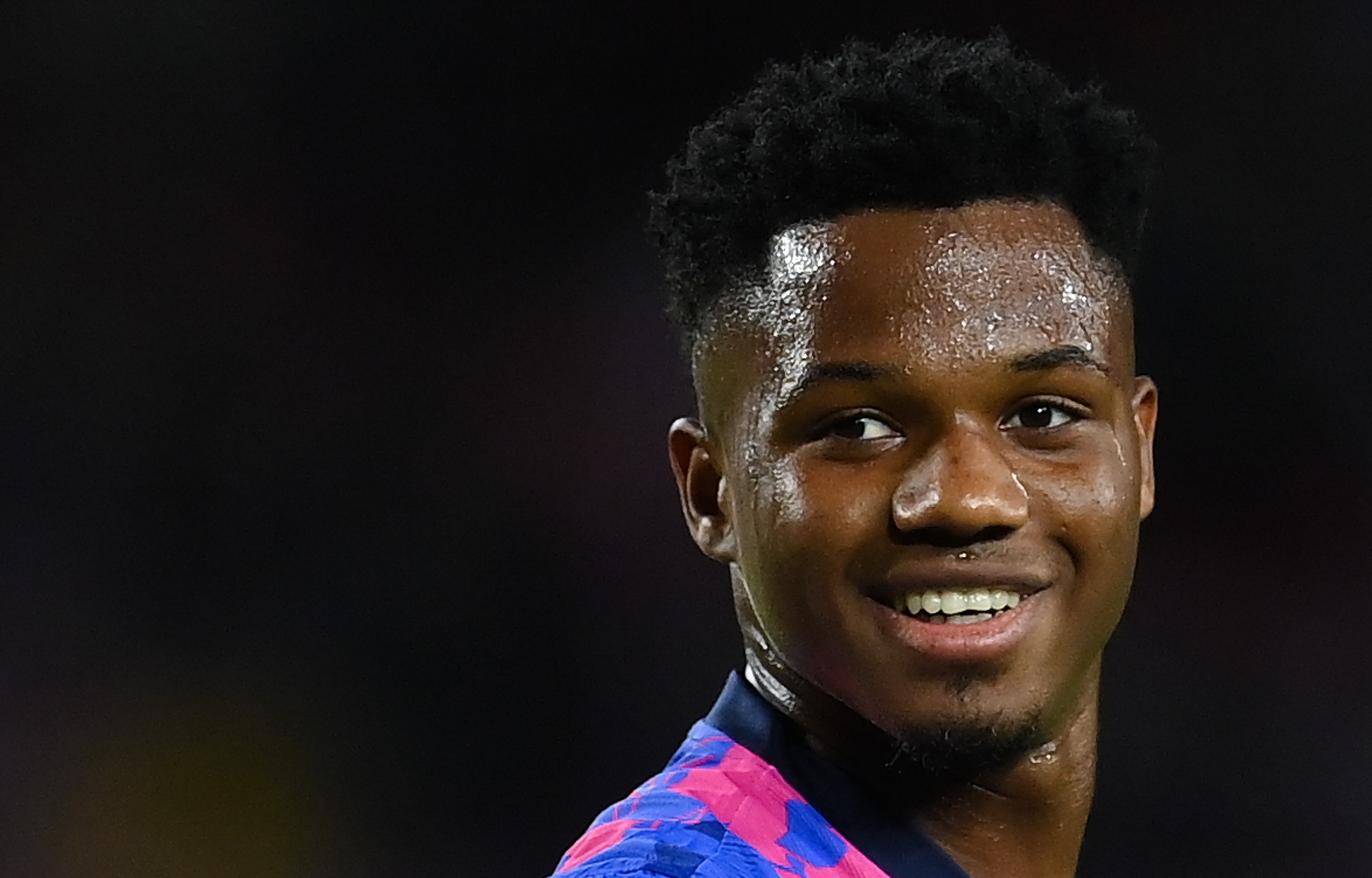 Ansu Fati says he has completely recovered from his knee injury with no lasting impact to speak of just yet.

It was a torrid year for the young forward, who spend the best part of a year out injured after suffering a serious knee injury.

Operations and a long recovery period followed, but he is now back to fitness and showing signs of returning to his best with two goals in his first five games back.

The early signs of a return to form have eased concerns from Barca fans, many of whom thought Fati may never be the same after such a serious injury early in his career.

And Barca themselves are fully bought in, last night signing a long-term contract to keep him at Camp Nou until 2027.

The deal is a hugely significant one for both Fati and Barca, and during his press conference today, the young striker gave an update on his knee that will delight supporters.

“I’ve forgotten the knee injury,” he said. “Now I feel more tired than the knee itself. I don’t feel any problems and I hope it continues like this.”