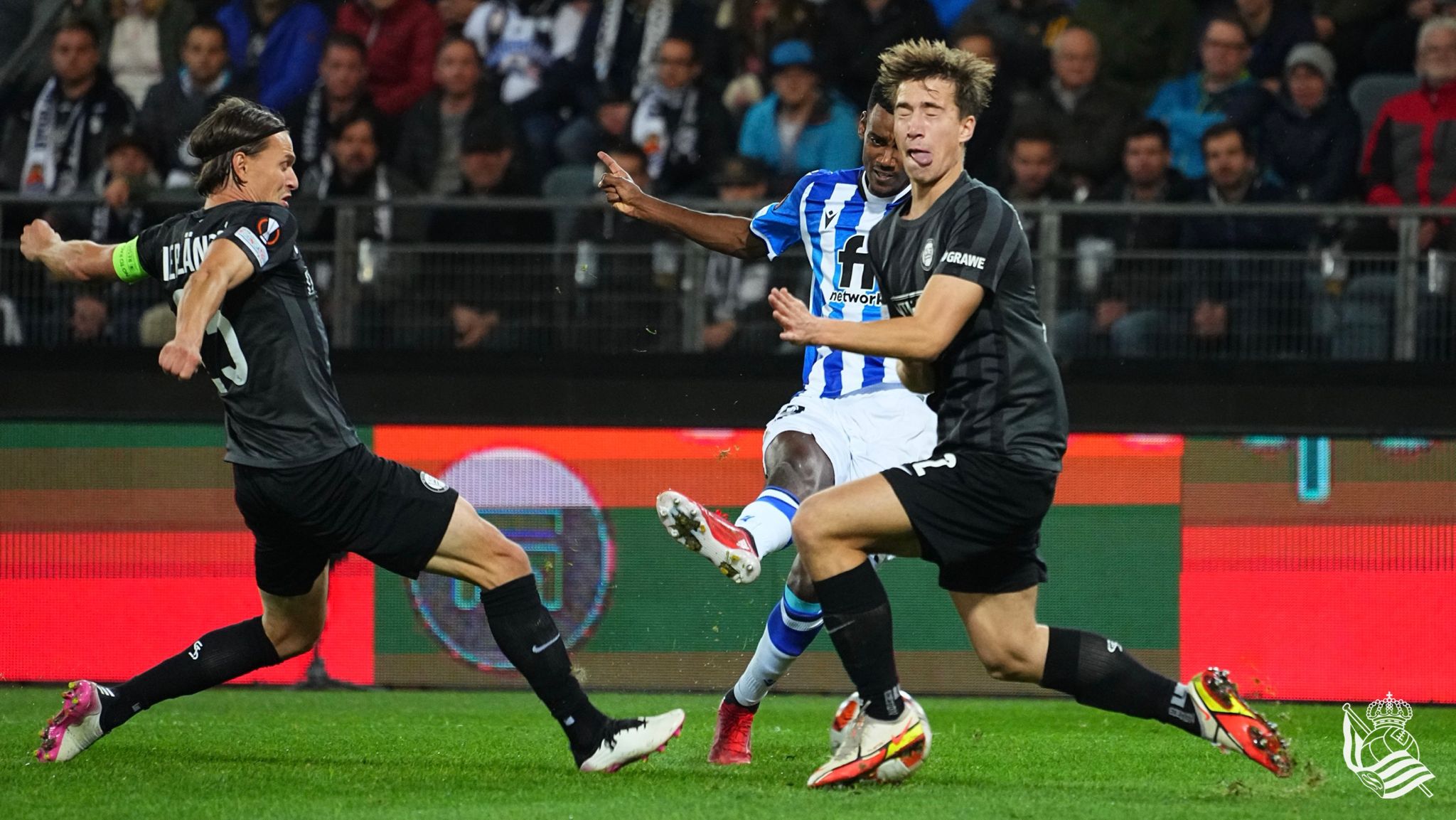 Real Sociedad travelled to Austria this evening to take on Sturm Graz in matchday three of the Europa League, and won 1-0.

La Real went into the game third in Group B, two points clear of bottom-placed Sturm Graz and two points behind both Monaco and PSV Eindhoven. They’re now second behind Monaco.

The Basque side opened their European campaign with a 2-2 draw at PSV before drawing 1-1 with Monaco in San Sebastian.

Strum Graz lost their opener 1-0 to Monaco in the south of France before taking a 4-1 beating at home to PSV. Monaco beat PSV 2-1 in the Netherlands in the other fixture of the evening.

The decisive goal of the game came in the 69th minute, through one of the most talented youngsters in Spanish football in Alexander Isak. The Swede has two goals from two Europa League appearances so far this season and is one to watch.