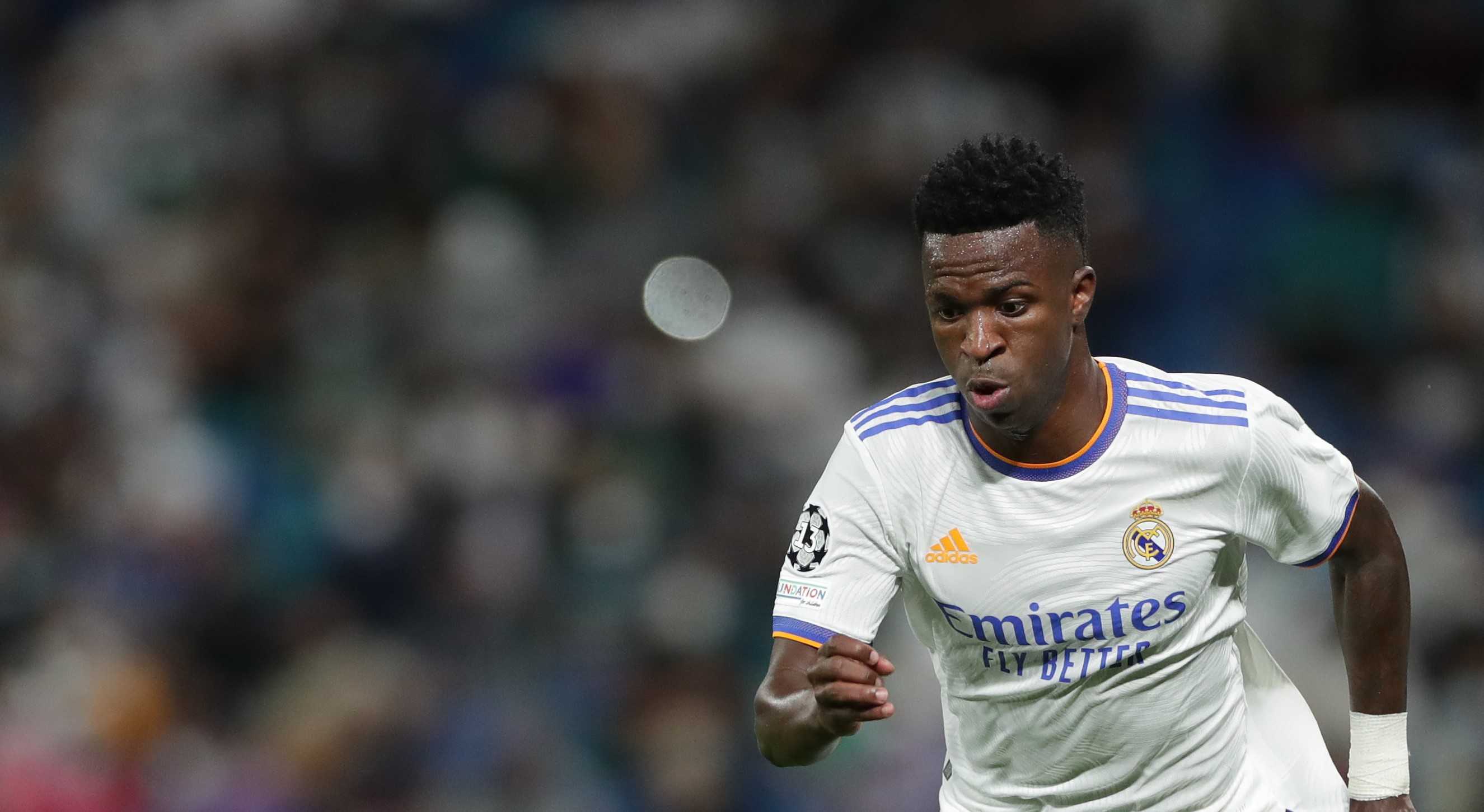 Los Blancos comfortably defeated Shakhtar on Tuesday night in the Champions League, silencing the demons of last season when they lost twice against the Ukrainians.

And Vinicius was superb in the game, scoring twice and assisting a goal to continue his fine form this season.

The winger has now scored seven goals in 11 games across all competitions, and he seems to be really pushing on after lacking a final product in previous seasons.

Ancelotti clearly has a big role to play in that, and that is reflected in Vinicius’ dedicating of his most recent goals to his boss.

“They were for the boss. He always asks me to score more goals and to be a central tot he game,” he said after the game, as cited by Diario AS.

Vinicus has become a key player under Ancelotti and he is now undoubtedly an undroppable player heading into this weekend’s all-important Clásico with Barcelona.

And what’s more, the winger is still only 21 years of age, so there is still plenty of progression left to achieve.