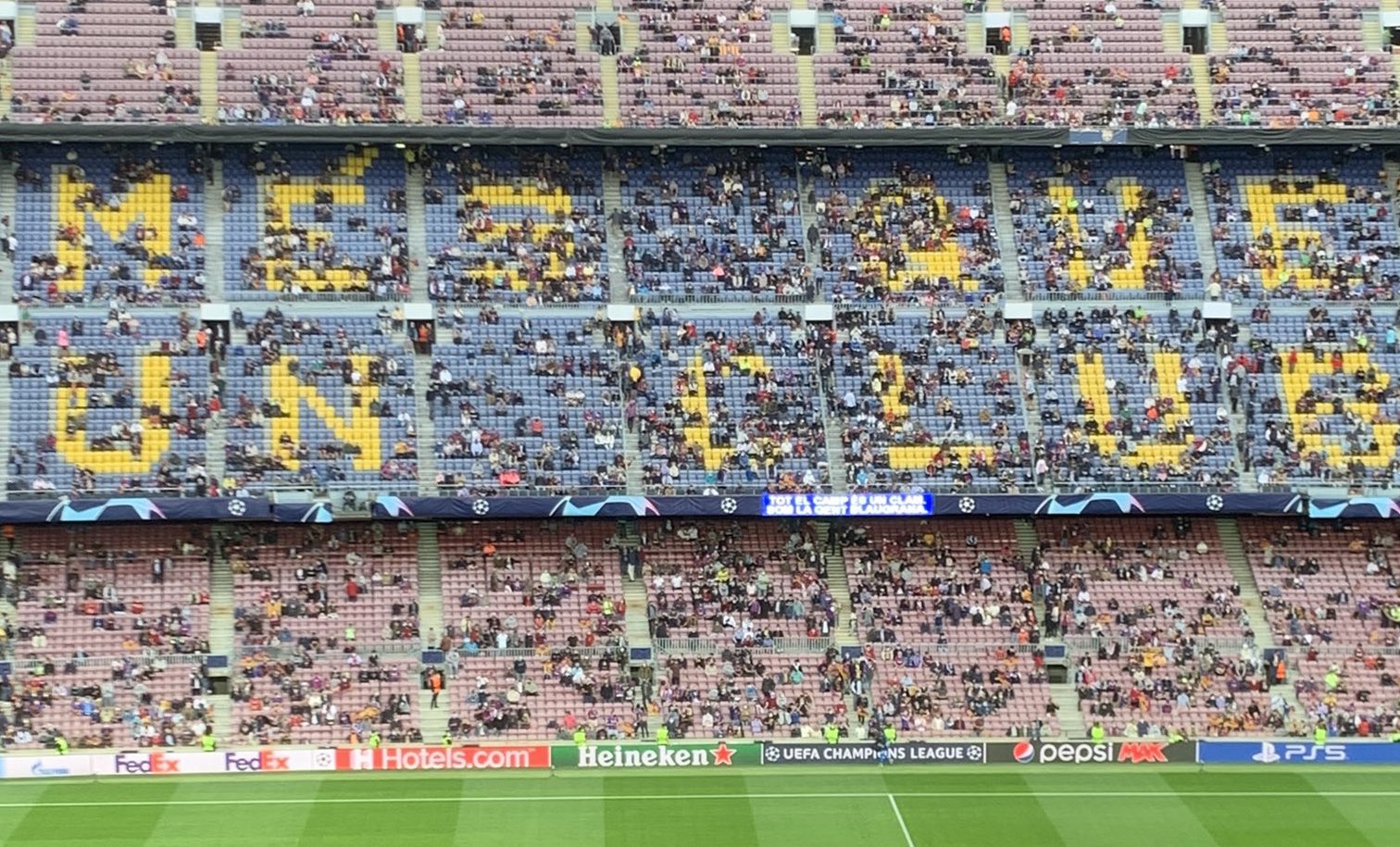 Barcelona face Dynamo Kyiv in the Champions League this evening in a do-or-die fixture at Camp Nou.

Barcelona are bottom of Group E, and are yet to either score a goal or win a point. They’re a point behind Dynamo, four behind Benfica and six behind the mighty Bayern Munich.

Barcelona basically have to beat Dynamo to stand any chance of making it out of their group and into the last 16 of the Champions League, but the turnout at Camp Nou was poor to say the least – especially for a game of such titanic importance.

Barca basically have to win tonight to have any real chance of getting to the last 16 of the CL. The crowd is…not great. pic.twitter.com/w7M6hRBlqA

Ronald Koeman has opted for what appears to be a 4-3-3 shape. Marc-Andre ter Stegen will start in goal, behind a back four of Oscar Mingueza, Gerard Pique, Clement Lenglet and Jordi Alba.

Sergio Busquets will anchor the midfield, with Gavi and Frenkie de Jong either side of him, while Luuk de Jong will serve as the focal point of the attack instead of Ansu Fati. Sergino Dest and Memphis Depay will play either side of him.