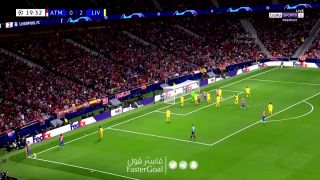 The Frenchman, just back in the Spanish capital after two seasons away with Barcelona, completed the comeback in the 34th minute. He collected the ball after intelligent play by Joao Felix before opening his body and finishing confidently.