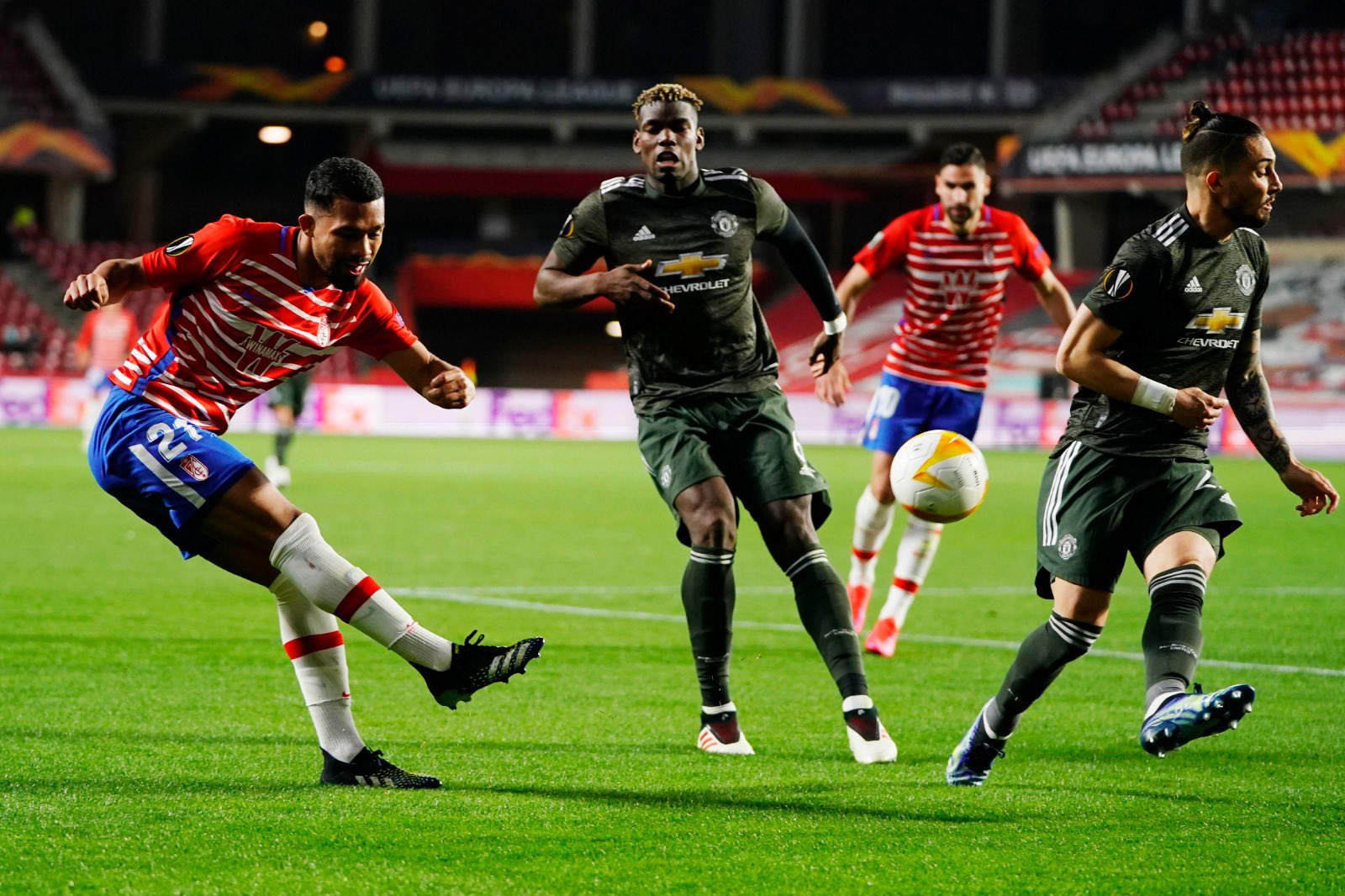 “May you live in interesting times” is often attributed as being a Chinese phrase or saying, albeit with no proven ties to the Asian country, which is thought to be an erroneous translation which stems back to the late 19th century. That being said, under the Chinese ownership at Granada CF, the club and its loyal fanbase has certainly experienced interesting times over the last several years.

When the Chinese ownership first arrived in Granada, led by the colourful figure of John Jiang and his promise of “European football within five years” ahead of the 2016/17 season, while there was obvious excitement amongst supporters, most of those comments were taken with a grain of salt. Unfortunately, when he sold the club to its new owners, Gino Pozzo left the cupboard bare of talent having shipped the best players to his other club, Watford.

Meanwhile, the new Chinese owners had also acquired a stake in Media Base Sports, the agency led by Pere Guardiola (the brother of Pep), tasked with producing a revolution in Granada. To cut a long story short, Paco Jemez was hired as manager and he was promised a host of exciting signings which never materialised, then fired after just six games. Lucas Alcaraz came and went, then Tony Adams bravely took the helm as Granada were relegated, their squad featuring players of 18 different nationalities.

While his managerial talents were questioned, Adams was originally involved as a consultant to the owners after they dispensed with the advisory services of Guardiola and his team. To his credit, Adams actually pointed Granada in the right direction before departing. The owners listened, appointing Spanish board members led by Antonio Monterrubio as director general, then furnished the coaching staff and squad with Spaniards.

Although a distinctly Andalusian flavoured Granada side failed to achieve its primary 2017/18 campaign objective, which had been to bounce immediately back to La Liga and ultimately cost Jose Luis Oltra his job as manager, the foundations for success had been set in place. Diego Martinez arrived ahead of the 2018/19 season and with the same objectives, fresh from what had been considered to be a failed spell at Osasuna, although at Granada he started to work miracles. 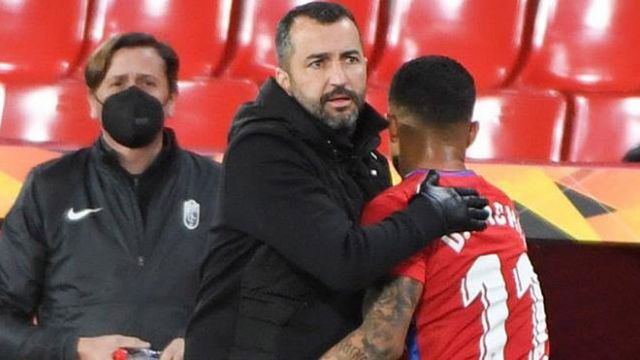 At the first attempt, Martinez guided Granada to automatic promotion by clinching second position in the table, coincidentally behind Osasuna who won in 2018/19 the Segunda title. More importantly, Martinez and his team had established a simple philosophy of humility and hard work, while forging what appeared to be an unbreakable bond with the fans, who the young head coach regarded as being the single most important asset of the club.

If the admiration amongst Granada fans towards Martinez wasn’t already high enough, his popularity took on an almost messianic status during what became a fairytale 2019/20 campaign. In a season punctuated by a global pandemic and largely without fans in the stands, Martinez led Granada to the promised land, as the team finished 7th in La Liga and also reached the Copa del Rey semi-finals.

For the first time in the 90-year history of this modest Andalusian club, they would be competing in Europe. What’s more, Granada defied all expectations given their limited resources and status, beating the likes of PSV Eindhoven and Napoli during their debut Europa League adventure, before eventually bowing out against Manchester United in the quarter-finals. On the domestic front, even plagued by injuries and tiredness, Granada also finished 10th in La Liga.

Throughout what had turned out to be a magical 2020/21 season, Martinez and the players constantly spoke about the fans, ensuring they remained connected to the team and fully engaged, even though forced to watch games at home on TV. Unfortunately, in the background and with club president John Jiang having apparently disappeared from the scene, the real ownership of Granada was finally revealed.

While it was a holding company from China that originally bought Granada back in 2017, the club had actually been acquired by Wuhan DDMC Culture & Sports. This was a company led by Rentao Yi, while the media arm of this business also had major sporting concerns, securing and controlling broadcast rights for La Liga and the Premier League in China. He now insisted upon a model of more direct control of Granada.

Patricia Rodriguez was his first appointment to the Granada board of directors, having already risen to prominence as the first female CEO of a La Liga club, then held a similar role at Elche. She was joined by Sophia Yang, the legal council for DDMC in Spain. Meanwhile, despite having managed club finances exceptionally well, incumbent director general Antonio Monterrubio was unceremoniously ousted, which prompted an unfair dismissal case that was eventually settled out of court. 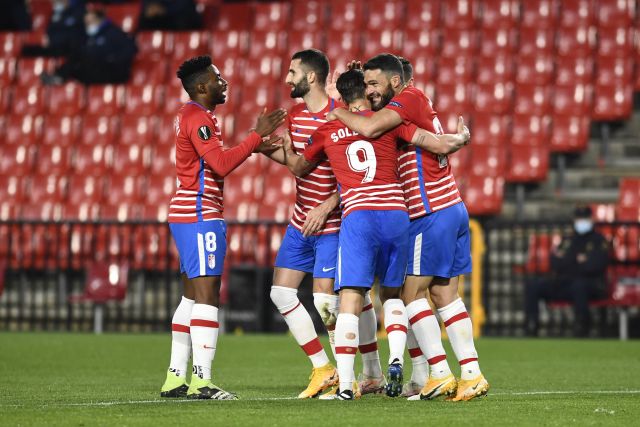 Much to the huge dismay of Granada fans, that was just the start of many more changes. On a bright and sunny May 28th morning, everything pointed towards Diego Martinez renewing his contract at Granada. Even the most reputable and well-connected local journalists were convinced, believing the most successful manager in the club’s history wanted to stay. By the afternoon of the same day, the bombshell announcement came that Martinez was leaving.

During an emotional press conference, Martinez declared that it was a “personal” but “painful” decision he had made, having listened to what the club had to offer and to his own feelings, ever the gentleman and unwilling to dish any dirt. Within a few short weeks, Fran Sanchez was also departing, having done a sterling job in the role of sporting director. Granada had now lost their leadership triumvirate, which had led the club to unprecedented success.

Heading into the 2021/22 season, Granada had undergone a complete overhaul in leadership and management. For the first time in his lengthy career, Pep Boada took on the role of sporting director at Granada aged almost 60, having acted primarily as director of scouting at FC Barcelona for almost 17 years, discovering and prompting the signing of numerous talents from Sergio Busquets to Ansu Fati.

Despite some leaked reservations from Boada, who had his own ideas about managerial appointments, Rodriguez as the public face of the Granada board and now director general was responsible for hiring Robert Moreno as head coach. The 44-year-old had been assistant to Luis Enrique with Roma, Celta Vigo and Barcelona, then took the helm of the Spanish national team in 2019 when Enrique had to step aside. After they fell out and Enrique returned, Moreno briefly managed Monaco in 2019/20 before being fired after just 13 games.

Arriving as a relatively inexperienced head coach at Granada, then demonstrating his preference for a style of play more suited to teams like Barcelona or the Spanish national team, inevitably, his early experiments failed with a clearly unsuited Granada squad. Following two of the most successful seasons in the club’s history, Granada had now made their worst ever topflight start under Moreno, commencing the 2021/22 campaign winless in their opening seven games, drawing three and losing four.

Despite the strong clamour amongst fans to sack Moreno, who seemed incapable of adapting his tactical ideas to better suit the players available to him, the long-awaited first win of the season came at home against Sevilla. Interestingly, the new Granada manager had actually taken a more flexible approach tactically, as Granada produced a battling display more akin to those fans had grown accustomed to, when their sorely missed hero Martinez was at the helm. 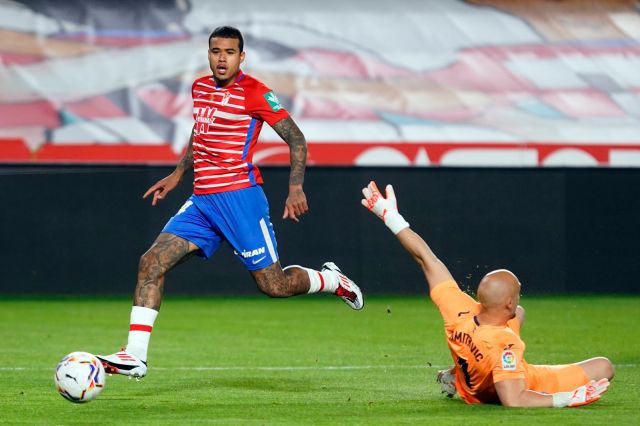 Whether this new and more flexible outlook by Moreno heralds a shift in his tactical preferences, only time will tell. He had also been criticised for his handling of press conferences, apparently detached from reality whenever discussing team performances. Nevertheless, it does feel as though Moreno is listening and learning on the job, maybe even showing some willingness to embrace a little of the legacy his predecessor left behind.

Essentially, this current version of Granada is going through a phase of transformation and transition, inevitably led by more direct input from the Chinese ownership, albeit with what appears to be a stable and long-term strategy in mind. Aside from bolstering the squad with experienced players, there is a clear focus on investing in younger talents like goalkeeper Luis Maximiano or midfielder Monchu, along with promoting others from the B team.

This new Granada will struggle to capture the same heights of recent years, particularly the whirlwind run of three seasons under Martinez, but perhaps a more defined long-term approach is what’s needed at the club. Maybe this new project just needs to be accompanied by time and patience, which is often in such short supply in modern football, whenever initial results appear to be negative.

Granada probably won’t set any tongues wagging like they did in recent campaigns, which means it will be difficult to imagine them breaking into the top ten again this term, while the majority of leading bookmakers appear to agree in that regard. Indeed, amongst those listed by SBO as being amongst the best football betting sites, accompanied by detailed reviews and ratings for each online bookmaker covered, many have Granada tipped as relegation candidates.

SBO also evaluates betting sites based upon their consistency, value and transparency, which are three things Granada must never forget regarding their own fanbase. That being said, the new regime and management are gradually opening up and explaining more to supporters, indicating there is a long-term vision that will ultimately benefit the club. All that now remains is for Moreno to get more positive results on the pitch, if he is to succeed on the path to making Granada great again, amidst interesting times at this humble yet ambitious club.