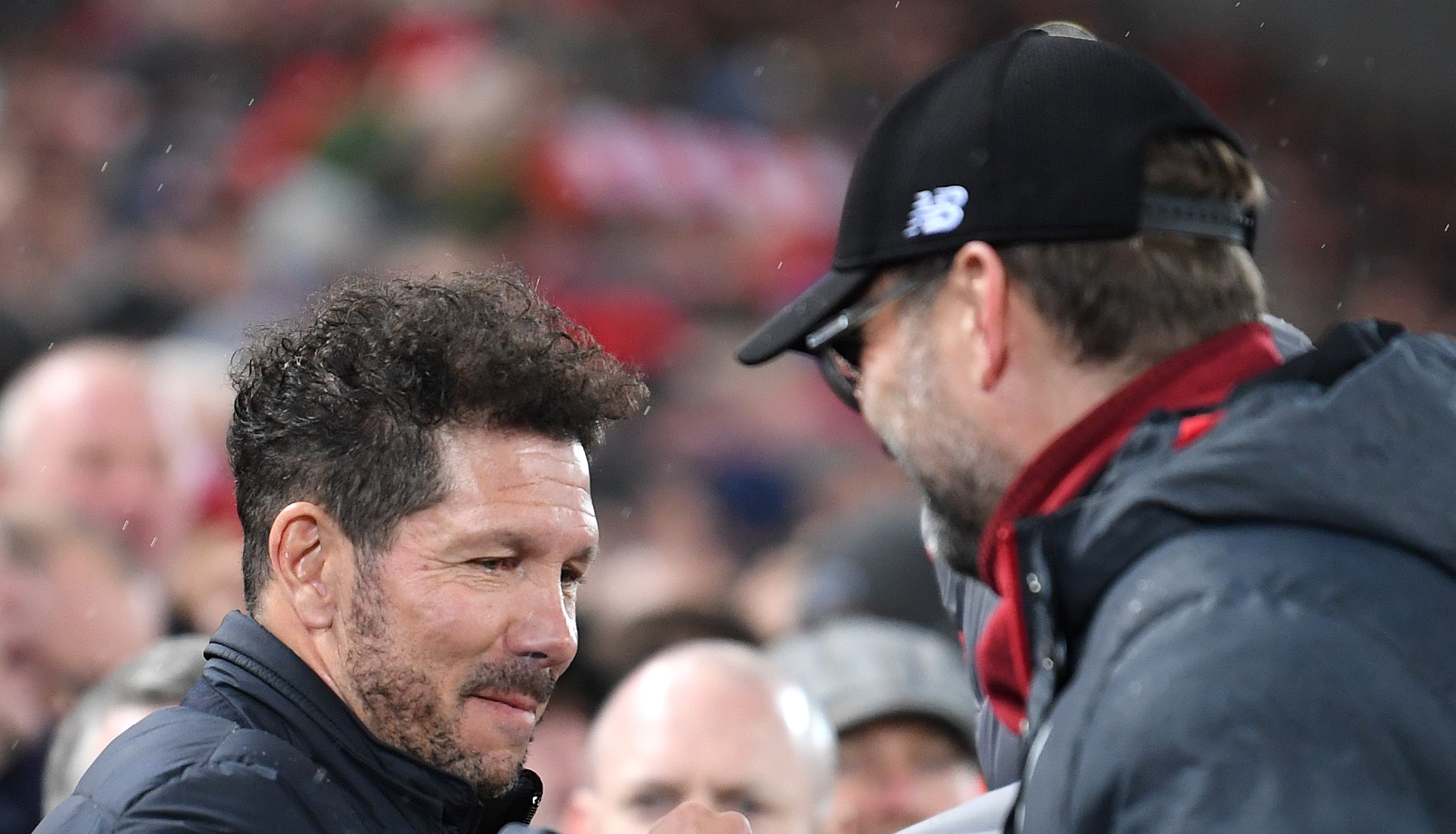 Diego Simeone didn’t have much to say when asked about Jurgen Klopp ahead of Atletico Madrid’s clash with Liverpool.

Simeone’s men have good memories against Liverpool having won three of their last four against the Reds, including last year’s knockout stage comeback win.

Unsurprisingly, Liverpool boss Klopp doesn’t have such good memories, and it’s well known that he isn’t too keen on Simeone’s pragmatic style of football, either.

But anyone who knows Simeone knows that he doesn’t care too much for his critics, sticking with his uncompromising and rather successful style.

And that is reflected in the Argentine’s one-word answer when asked about Klopp’s criticism ahead of Tuesday night’s Champions League clash.

In English, Simeone simply responded to the question by saying ‘nothing’.

Though, he did go a little more in depth when speaking about last year’s win over Liverpool, adding: “We started winning that game before even entering the stadium, thanks to the fans.”