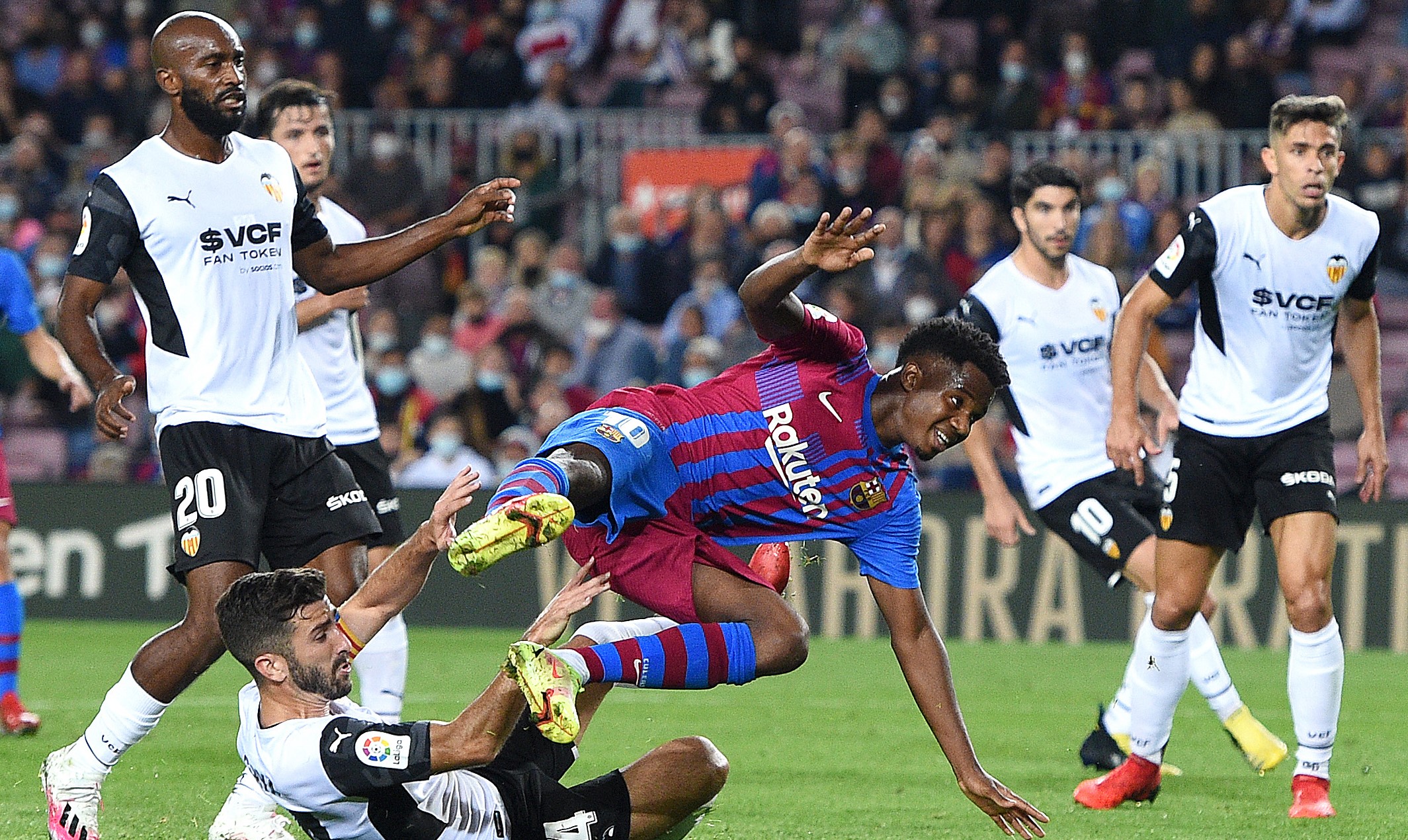 Valencia midfielder Carlos Soler says Ansu Fati himself was not convinced Barcelona should have had a penalty on Sunday night.

Barcelona claimed a comeback 3-1 win over Valencia at Camp Nou on Sunday after goals from Ansu Fati, Memphis Depay and Philippe Coutinho after Jose Luis Gaya had put Valencia ahead.

The second of those goals came following controversy, however, Memphis scoring from the spot after a questionable penalty call.

The decision came after Fati was upended in the box by Gaya, but closer replays appear to show the Valencia defender getting something on the ball.

However you look at it, it was an extremely close call, one that would have been impossible to make with the naked eye.

But referee Gil Manzano seemed to do just that, refusing to review the decision on the VAR monitor and deciding it was indeed a penalty, something that enraged Valencia star Soler.

“To me, the referee said that the first touch was on Ansu and then the ball, but to me, Fati himself said that he was very doubtful and that he didn’t know if it was a penalty or not,” Soler revealed in his post-match press conference.

“It’s a situation where you have to go and see VAR to help the referee.

“If he goes and he sees it’s a penalty, fine, but at least go. We don’t understand it.

“I have seen it a thousand times and I’m doubtful, I don’t know why he doesn’t go to see it.”